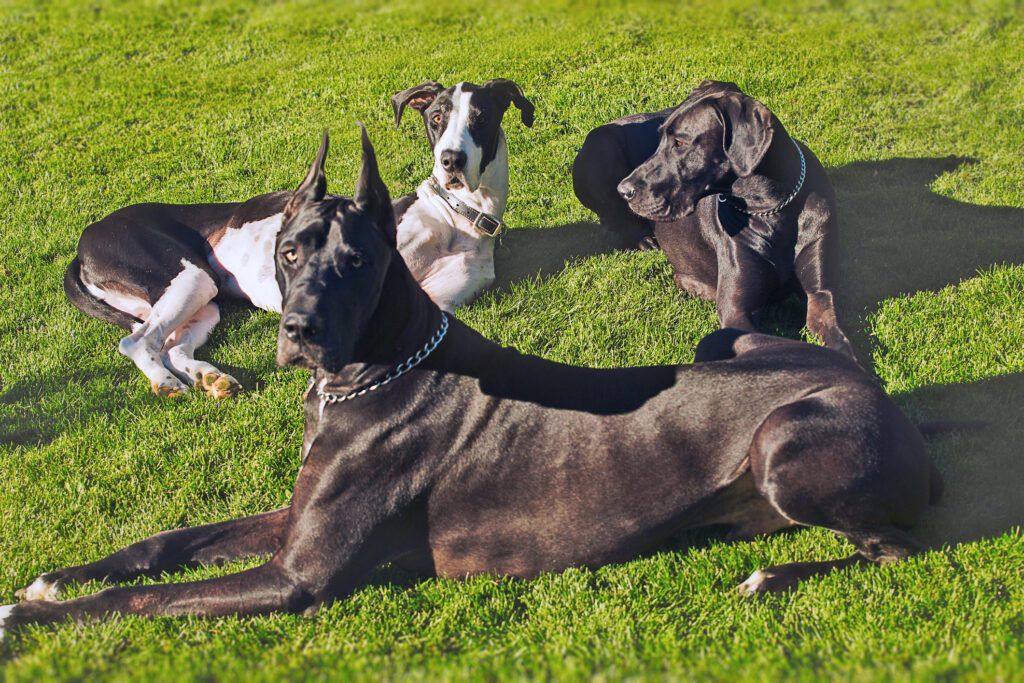 Ear cropping is the surgical removal of most or all of a dog’s ear pinna – the flexible part of a dog’s outer ear. The procedure is often followed by several weeks of splinting and bandaging to ensure that the remaining ear pinna stands erect as it grows. This is a purely cosmetic procedure, done to substantially alter a dog’s natural appearance to one that is preferred by some enthusiasts of certain breeds (such as the Doberman Pinscher, Great Dane, and American Staffordshire Terrier).

Why crop some dogs’ ears?

The ears of certain breeds of dogs are cropped to meet a cosmetic appearance, sometimes to honor or replicate a putative function. Breeds that were developed to be barn ratters, such as the Miniature Pinscher and Brussels Griffon, historically had their ears cropped. This was done to minimize the risk of injury to the ear pinna should they be bitten on the ear by their prey.

Today, these breeds are more commonly used as companion animals rather than barn ratters. But some breeders continue to crop the ears of these breeds to maintain the look related to their historic function.

The most heinous reason for cosmetic ear cropping also has historical roots. Many of the “bully breeds” (including the American Pit Bull Terrier, American Staffordshire Terrier, and Staffordshire Bull Terrier) were once used for dog fighting. In those inhumane “sports,” the fighting dogs often had their ears severely cropped to prevent an opponent from gaining an advantage by biting the sensitive pinna.

Somehow, that closely cropped look has become synonymous with toughness – an attribute admired by fans of those breeds. This seems to be the basis of the reason that it has become a common practice for people who raise dogs of these breeds, or even mixed breeds of the “bully” type, to crop the ears of all the puppies they raised for sale, whether the dogs are intended for fighting or not.

Another reason that some breeds have historically had cropped ears is the belief that dogs with erect ears have enhanced hearing compared to those with non-erect ears. Boxers, for example, developed as working dogs with a history of being employed as police dogs and seeing-eye dogs. This breed traditionally had their ears cropped to improve their hearing for the roles they played as working dogs.

However, there is no evidence that ear cropping enhances a dog’s hearing. It’s more likely that removing part of the ear pinna alters how sounds are funneled into the dog’s ear canal; cropping may actually decrease their hearing acuity.

How are ears cropped?

Ear cropping is typically done when a puppy is between 6 and 12 weeks of age. When performed by a veterinarian, the procedure is done under general anesthesia.

Analgesia (pain medication) is administered to minimize discomfort during the procedure. Animals perceive pain even when anesthetized, so it is important to manage the potential for pain before it is inflicted. The ear pinna is very sensitive and contains many nerve endings. As a veterinarian, I believe strongly that postoperative pain management is necessary, but it’s not always provided.

Just before surgery, the puppy’s ears are shaved and scrubbed with antibacterial soap. The pinnas are then trimmed to the desired shape and size, using a scalpel, surgical scissors, and/or a laser. The cut edges are sutured and bandaged; sometimes foam and glue is also used to help “train” the newly cut ears to stand erect.

Some puppies have their ears cropped at home by a lay person, either a breeder or someone who claims proficiency in completing the procedure. In this case, the procedure is performed when the puppy is awake and often without any analgesic. The ear pinna is removed with a pair of scissors or another sharp instrument. The cleanliness standards of a surgical procedure performed in a veterinary hospital are not adhered to and the risks of infection and hemorrhage are high.

Regardless of who performs the ear cropping procedure, there is potential for post-operative complications, the most common being infection and pain. As the surgical site heals, it becomes itchy and irritated. This can cause a dog to scratch at his ears, leading to additional trauma to healing skin that may require a second surgical procedure to repair.

The ear-cropping surgery is not the end of the procedure, however. Most breeds require a significant amount of after-care – a few weeks for the smaller-breed dogs, but as much as nine months for larger breeds – to ensure that the cropped ears remain erect. Any scabs that form on the cut edges of the ear need to be softened with warm compresses and removed. The bandages and any supportive “posts” used to keep the ear erect need to be kept dry and clean and changed frequently.

It can be quite a challenge to keep a young, active puppy from scratching at or rubbing his ears – and to keep his playmates from biting at or licking the bandages. He may need to wear an Elizabethan collar (“cone”) for months to protect the surgery sites and keep any supportive taping or posts in place. The stakes are high; if the cropped ears are not properly cared for, infection (requiring additional vet visits and antibiotics) and/or disfigured ears can result.

While the American Kennel Club (AKC) and some breeders support the practice of ear cropping, many organizations and people do not.

Most veterinary professional organizations around the world have issued statements that oppose ear cropping. In the United States, these organizations include the American Veterinary Medical Association and the American Animal Hospital Association. The Royal Society for the Prevention of Cruelty to Animals in both Australia and the United Kingdom also have taken stands against ear cropping.

Ear cropping has been banned in several countries around the world, including Australia, most of Europe, and two Canadian provinces. A law banning ear cropping was recently passed in Quebec and is slated to take effect in February 2024.

In the United States, only nine states restrict the procedure of ear cropping but no states completely ban the procedure. Proponents of the passage of these laws cite pain, the potential for short- and long-term complications, and the lack of functional reasons to crop ears.

While some people prefer the look of certain dog breeds with cropped ears, ear cropping is not medically necessary and may harm the dog. When selecting a breeder for a dog breed that traditionally has cropped ears, ask about the procedure, then select a breeder that matches your goals and your conscience.

Is Ear-Cropping Required for Purebreds?

Breed standards are created by the “parent clubs” for each breed, and maintained by kennel clubs, such as the American Kennel Club (AKC). A breed standard defines the accepted appearance, gait, and temperament of that dog breed. The breed standard is the blueprint to which all dogs of that breed are compared, used by judges to determine the best entrants that represent that breed in conformation classes.

Ear cropping is recognized in the AKC breed standards for about 20 breeds of dogs but is not required for you to register your dog. Some breed standards list a preference for cropped ears. For example, the Doberman Pinscher standard says, “Ears normally cropped and carried erect.” Breeders who show their Dobermans with natural, uncropped ears often do not place in conformation competition as highly as dogs with cropped ears because they are not meeting that element of the standard.

Ear Cropping Can Affect How Dogs Are Socially Received

Breed standards are created by the “parent clubs” for each breed, and maintained by kennel clubs, such as the American Kennel Club (AKC). A breed standard defines the accepted appearance, gait, and temperament of that dog breed. The breed standard is the blueprint to which all dogs of that breed are compared, used by judges to determine the best entrants that represent that breed in conformation classes.

Ear cropping is recognized in the AKC breed standards for about 20 breeds of dogs but is not required for you to register your dog. Some breed standards list a preference for cropped ears. For example, the Doberman Pinscher standard says, “Ears normally cropped and carried erect.” Breeders who show their Dobermans with natural, uncropped ears often do not place in conformation competition as highly as dogs with cropped ears because they are not meeting that element of the standard.

Medical Reasons for Surgery On the Ear Pinna

Ear cropping is not the same as surgically removing a damaged portion of an ear pinna or surgical repair of an aural hematoma (blood-filled swelling on the ear pinna). An ear pinna can become damaged during a fight with another animal, such as wildlife or another dog. Cancerous tumors can develop on the ear pinna, warranting removal of the tumor and the part of the ear pinna on which it resides.

10 Best Fresh Dog Food Brands for Pit Bulls in 2022
RECALL: Prescription Dog Food Faces Mislabeling Error
Off Leash Training
Homemade Dog Food: Get Cooking For Your Good Looking Hound
How to Get a Urine Sample from a Dog