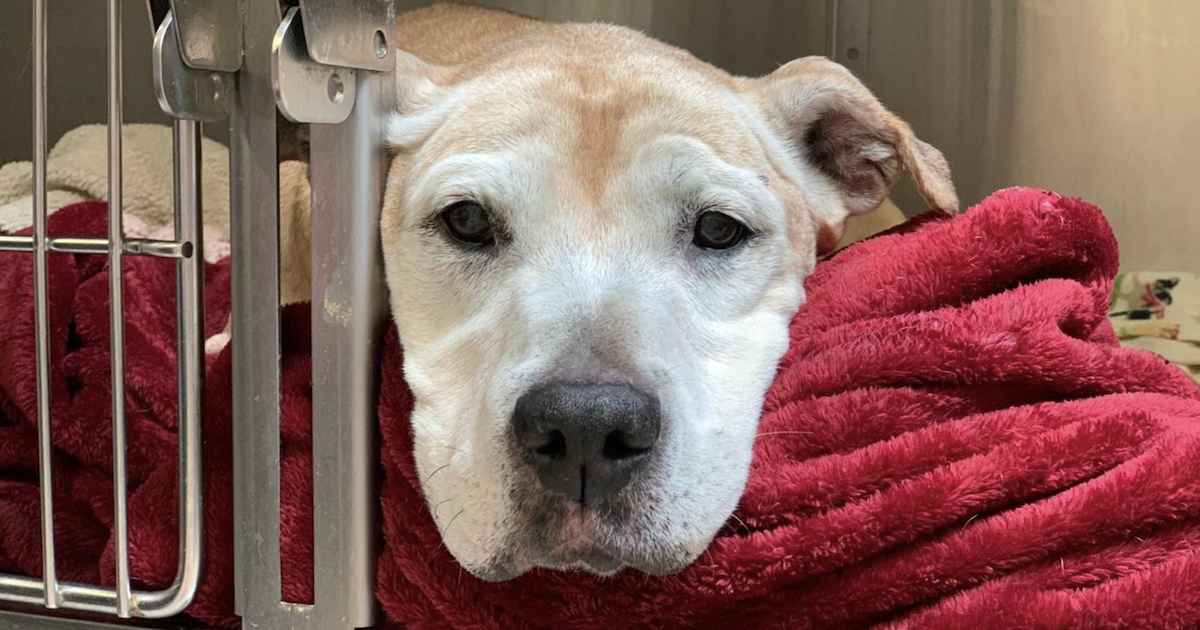 When a senior dog ends up at a shelter, their chances of adoption are usually low. Even though older dogs are sweet, easy companions, many people want a dog they’ll get to have more years with. It’s understandable, but dogs of all ages deserve to live in a comfortable home for the rest of their lives. When they don’t have as much time left on this planet, adoption becomes even more crucial.

So, when a 15-year-old dog wound up at a shelter again 12 years after she’d been adopted, the staff members were quick to find her a new home. They made an emotional post on social media, and soon, her story got a happy ending!

Dumped at the Shelter Again

15-year-old Netty was adopted from the Pennsylvania SPCA back in 2010. After 12 years together, her family returned her because they thought she was incontinent. But with medication and more frequent bathroom breaks, Netty did just fine at the shelter. However, she was understandably depressed.

“The return rate for animals varies and it doesn’t happen often, but when it does, especially after a decade, it can be heartbreaking. It was in Netty’s case. But, instead of focusing on what had happened to bring her back to us, we chose to focus on how we can give her the best final days,” said Gillian Kocher, director of public relations at Pennsylvania SPCA.

So, the shelter posted about Netty on Facebook, begging for someone to adopt her so she could be pampered. They explained that she’s a low-maintenance girl that gets along with dogs, cats, and kids. They wanted to make sure she wasn’t sitting in a shelter during her final days.

Their emotional post gained Netty a lot of interest. Soon, many people were commenting saying they wanted to adopt the senior pup. Some of them even lived in other states!

When Amy Kidd, the owner of Pocopson Veterinary Station, heard Netty’s story, she fell in love with the heartbroken pup. Kidd and her family have a passion for adopting senior and special needs pets, so after her receptionist told her about the Facebook post, Kidd knew she had to meet the dog. Sure enough, her kids and Netty adored each other.

“As a small-animal veterinarian, I see the needs of senior pets on a daily basis. The puppies and the kittens are always adopted, leaving the puppy mill moms, adult pets, and seniors to be euthanized,” Kidd said. “Having lost our 12-year-old rescue Pointer to cancer last month, we have been keeping our eyes out for our next family member. Then came that face.”

Kidd said the family’s goal is to spoil Netty as much as possible, no matter how many days she has left. When they first brought her home, she made herself comfortable right away. She loves taking a nap in one of the kids’ bean bag chairs, and she’ll even curl up next to her new cat siblings.

The family is also working on water physical therapy for Netty in their pool to improve her mobility as she fights arthritis. Netty was hesitant at first, but she seems to be getting the hang of it. She trusts her new humans because she can tell how much they love her.

Netty got a happy ending, but her story is an important reminder that lots of senior dogs have a hard time getting adopted. If you’re able, consider adopting or fostering older dogs to give them a cozy home environment.

33 Food Recommendations for Boxers with Sensitive Stomachs
Virtual Vet Appointments: The What, Why, And How
Dog Spay and Neuter Tattoos
Hero Dog Sniffs Out Injured Baby Girl Abandoned In Family’s Shed
Young Boy Abandons His Beloved Dog With Favorite Toy And Heartbreaking Note