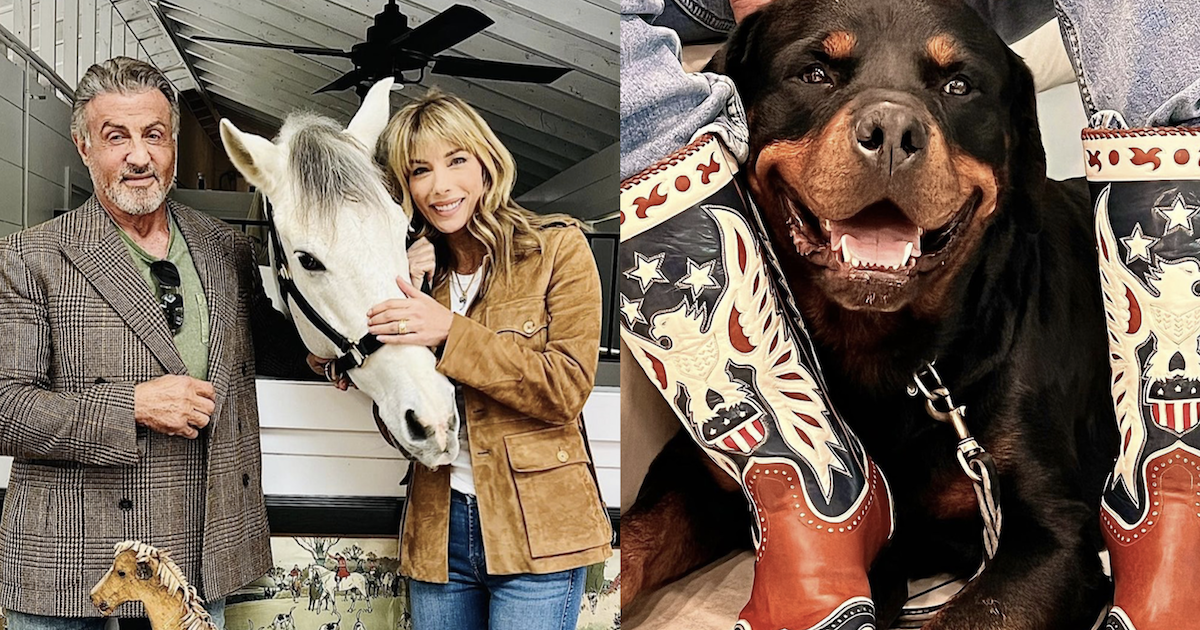 Fans were heartbroken after hearing that Jennifer Flavin filed for divorce from Sylvester Stallone after 25 years of marriage. Of course, people grew curious as to what caused this split. According to TMZ, sources close to the couple stated that Stallone’s new dog was the last straw that led to the breakup.

Apparently, the couple got into a heated fight when Stallone wanted a dog for protection, and Flavin didn’t. Instagram posts show that Stallone bought the dog anyway, and rumors claim that caused Flavin to want a divorce. However, Stallone denies that their problems have anything to do with his furry friend.

Sources stated that the Rocky star wanted to buy a Rottweiler to protect the family, but Flavin didn’t want another dog. It led to a heated argument that caused other relationship issues to resurface. At the time, none of the problems seemed like reasons to end a marriage.

But then, Stallone posted on Instagram that he bought a Rottweiler named Dwight after the character from his new show, Tulsa King. In photos, Stallone seems satisfied with his new canine companion.

Fans also noticed something unusual was up when Stallone covered his shoulder tattoo of his wife with a dog’s face. The dog looks like a Rottweiler, but sources state that it’s a portrait of Butkus, the Bullmastiff from the Rocky films.

Once all this information went public, Stallone reached out to TMZ to clear up some discrepancies.

Stallone states that Dwight is not the reason for the couple’s divorce. He said Flavin did have issues with him getting the dog because they both travel a lot, making it difficult to care for the dog. Yet, he described it as a “trivial argument,” even though getting a dog is a huge decision in any relationship.

“We did not end the relationship on such a trivial argument,” Stallone said. “We just went in different directions. I have the highest respect for Jennifer. I will always love her. She’s an amazing woman. She’s the nicest human being I’ve ever met.”

As for the tattoo, Stallone said he has had it for 14 years, so he wanted to touch it up. However, it got messed up in the process, so he had the artist fix it by changing the tattoo completely. Stallone says he still has a tattoo of Flavin on his back.

Disagreements about dog ownership are valid reasons to end relationships, but it seems there were a lot of other things going on in this case. It’s normal to be curious about what happened, but ultimately, only Stallone and Flavin need to know every detail. So, if this is the only information they wish to share, then it’s important to respect that.