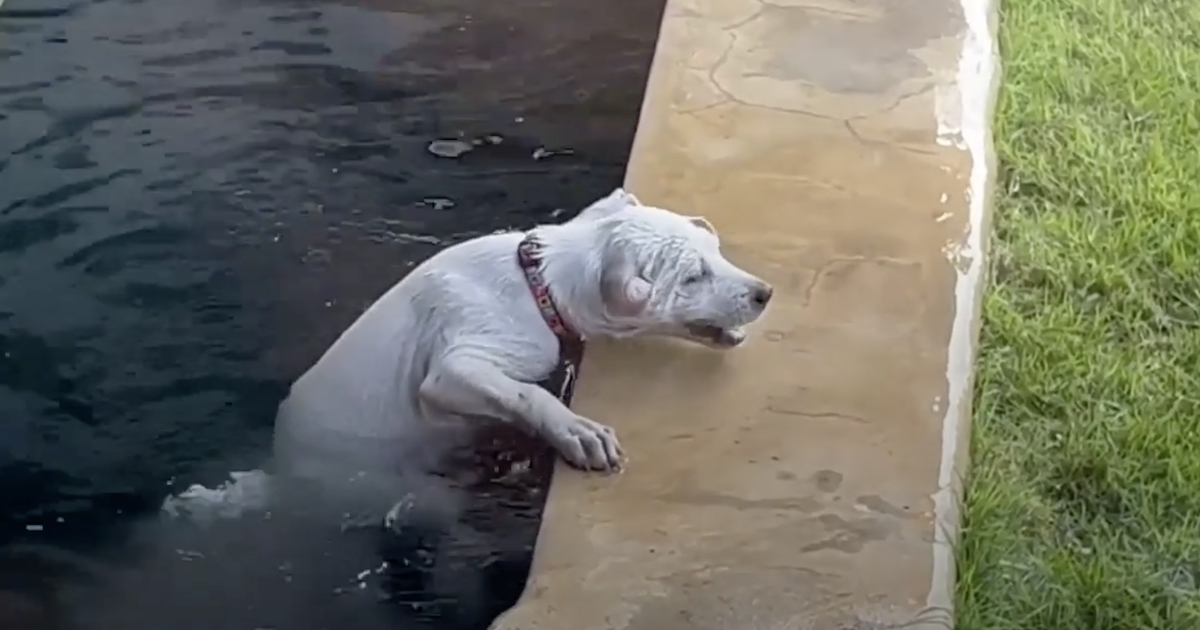 “We don’t deserve dogs” isn’t just something humans say; fellow dogs might be thinking it too. One puppy named Soh was especially grateful when his canine brother named Hand saved him from drowning. Video footage shows Soh struggling to pull himself out of a fish pond while Hand runs over to save the day.

It’s heartwarming to see two canine siblings supporting each other, but not everyone was moved by the video. Some people are questioning how the video was filmed and why no humans jumped in before Hand did.

In the video, Soh is clinging to the edge of a fish pond in Lopburi, Thailand, struggling to climb out. He slips and falls in a few times before Hand comes trotting over after hearing his brother in danger.

Hand reaches for Soh’s collar to pull him out, but at first, Soh resists. Then, he finally lets his brother drag him onto dry land, where the two can resume their usual wrestling. A separate video shows them running around playfully in their yard after the incident.

According to a study from Messerli Research Institute at the University of Veterinary Medicine Vienna, dogs are most likely to perform unselfish acts toward each other if they’re close.

“Dogs truly behave prosocially toward other dogs,” the study said. “That had never been experimentally demonstrated before. What we also found was that the degree of familiarity among the dogs further influenced this behavior. Prosocial behavior was exhibited less frequently toward unfamiliar dogs than toward familiar ones.”

However, people are often skeptical of animal rescue videos because they wonder who’s recording and why they aren’t helping. In this video, the camera shifts to focus on the dogs, so people wonder why the person filming didn’t save Soh. Yet, based on the angle of the camera, it was likely edited security footage rather than someone witnessing it. If not, it’s cruel to just sit and watch an animal suffer for a video.

Sadly, it’s not unheard of for people to fake rescue videos for publicity. Luckily, this video doesn’t seem to be one of them, so it’s just footage of Hand showing off his selfless actions. Sometimes, dogs save lives when we don’t expect them to, proving that our lives aren’t complete without them.

Surveillance footage captured the moment a heroic dog in Lopburi, Thailand, sprang into action to rescue a fellow puppy that was stuck inside a pond in their human’s yard pic.twitter.com/Rq5zwsNW7J