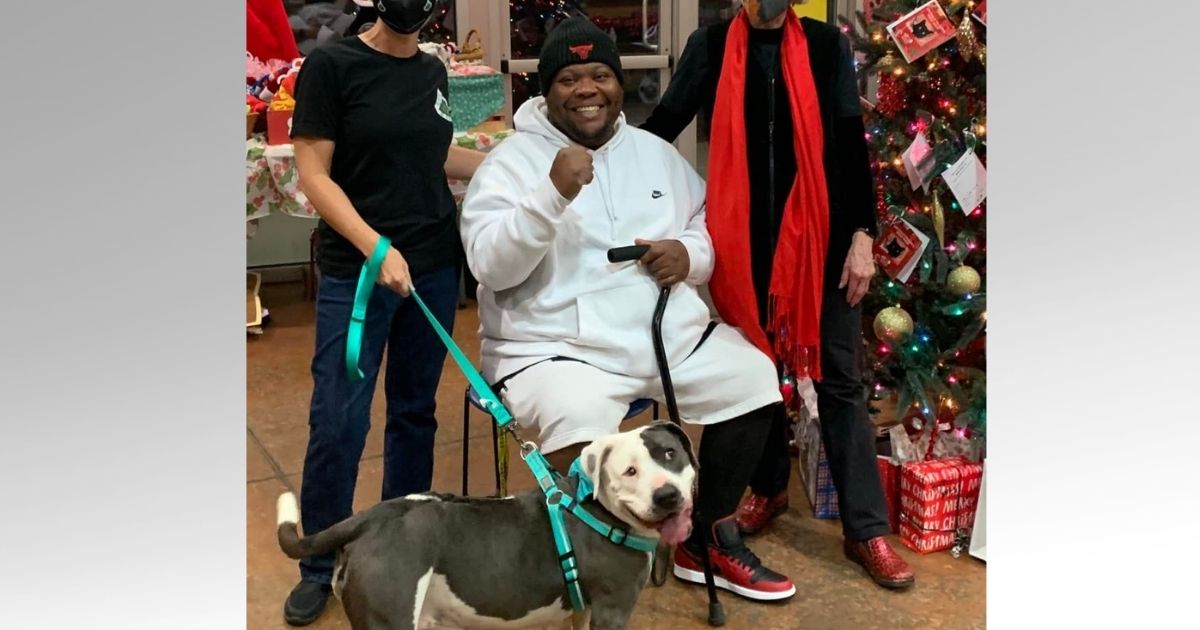 A 10-year army veteran named Keith Wade received the Christmas miracle of a lifetime. After hearing the story of a local shelter pup named Baby Girl, Keith knew this was the perfect dog for him.

Keith has been through his fair share of challenges throughout his life. His most recent ordeal involved a near-fatal car accident, which he barely made it out of alive. After months of painful treatments and uncertainty, he was ready to welcome a beloved companion into his life.

Once Keith realized he was ready to adopt a canine friend, he reached out to the team at Black Ops Rescue. This organization focuses on uniting veterans with loving shelter pets, offering them the healing bond that only an animal can provide.

Black Ops Rescue soon teamed up with the MaxFund Animal Adoption Center in Denver, where they learned of a special Pittie Mix named Baby Girl. The lovable pup had endured her fair share of trauma throughout her days, even being returned to the shelter after her most recent adoption attempt.

“Our veteran client Keith reached out to us and was looking for a companion and really wanted to have somebody for Christmas. We reached out to MaxFund which has been a wonderful partner to us and they suggested Baby Girl.” – Kelley Forrester, Black Ops Rescue

Once Black Ops Rescue informed Keith of Baby Girl’s story, he knew she was the perfect pup for him. Keith understands uncertainty and trauma more than most, and he was ready to offer her the stable future she deserved.

“I fell in love with her when I heard her story.” – Keith Wade

Keith and Baby Girl had an instant connection the moment they met. It’s as if both of their pasts led them to this moment, finally finding the forever friend each of them needed. More than anything, Keith was just so thankful to no longer be alone.

Keith understands what it’s like to be hurt, traumatized, alone, and uncertain of what lies ahead. While we may never know what’s in store for us, at least these two know they will have each other through it all.

“We’re making all of this happen on Christmas so Keith will have a new battle buddy for the holidays.” – Kelley Forrester, Black Ops Rescue

We are so happy for Keith and Baby Girl, and we have no doubt that they will have a beautiful future together! What a perfect Christmas.