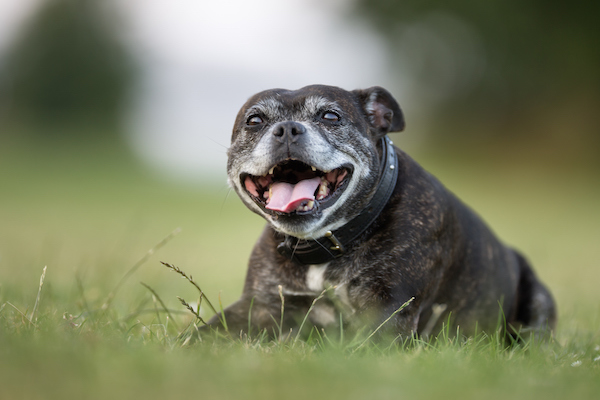 It can be hard to know what to get the dog-lover in your life. You want to make it something meaningful, but they’ve already got their pup pretty well covered in the stuff department, which doesn’t leave much for you to do. That’s why a donation to a dog charity in a loved one’s name can make such a nice gift. It’s for all the pups out there who aren’t so well supplied this season—something your dog-loving friend is bound to appreciate.

To give you some ideas, we’ve put together this list of a few great dog charities. We know not everyone sees eye to eye about the best way to make the world a better place—so while our editors like these charities, we encourage everyone to do their own research and follow their convictions when it comes to donating.

Here are some organizations you might consider donating to on behalf of a dog-lover in your life.

If you’ve ever had the opportunity to live or spend time with a senior dog, you know they really are something special. It’s a sad thing when one of these lovely souls becomes homeless because they have special needs that many shelters, and potential dog adopters, aren’t always able to provide. Many times, senior dogs become homeless because of these special needs—from the inability of an elderly owner to care for them to an owner not being able to manage the financial burden of an older dog with health issues.

Because senior dogs face different challenges and have different needs than their younger peers, providing for homeless senior dogs requires a different way of doing things. Enter the Grey Muzzle Organization, a dog charity providing resources and funding for at-risk senior dogs throughout the United States. By helping shelters, rescue groups, sanctuaries, and other non-profit organizations develop and fund programs to care for and place senior dogs, the Grey Muzzle Organization makes an impact on many levels. As their website states, “Dogs can’t pick their human companions, but they give so much of their lives to us that they deserve our love and care in their senior years.” 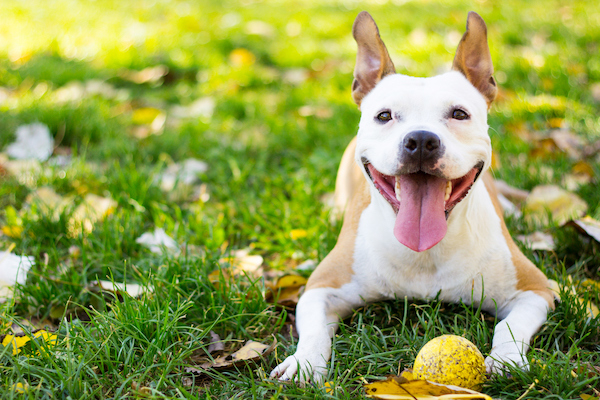 Pit Bulls (and Pit mixes) are among the most misrepresented breeds out there. In order to combat the stereotypes shaped mainly through the media, the American Pit Bull Foundation works to promote responsible dog ownership.

The foundation points out that thousands of Pit Bulls are euthanized every week, and every week 20 active-duty military and military veterans suffering from PTSD take their lives. “Using a discarded population to help an underserved population,” this dog charity combats breed overpopulation and breed discrimination while also breaking down both financial and emotional barriers to treatment for veterans. 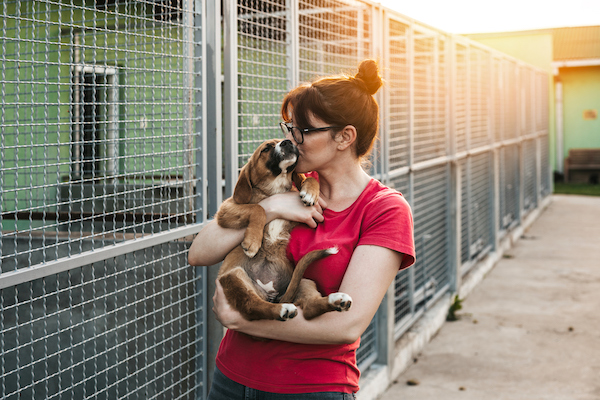 Never underestimate the power of a dedicated community! This truly grassroots, 100% volunteer-run, regional rescue group saves dogs (and some cats too) who might otherwise be euthanized for space at shelters. Angels Among Us is based in Tennessee, but its wide network of volunteers also operates in Vermont, New Hampshire, Massachusetts, Connecticut, Rhode Island, New York, and Pennsylvania.

What’s special about Angels Among Us is the group’s “no dog left behind” policy, which means they rescue every dog they can—regardless of age, breed, disability, or perceived potential for adoption. The group places dogs that need some help in foster until they find their “furever” homes and works directly with adopters to place those who are ready for a new home. It’s a charity all about giving dogs the best second chance. 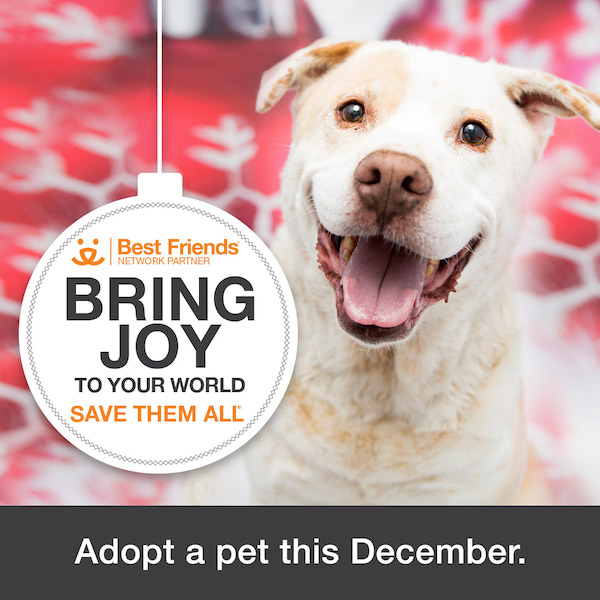 Best Friends began as a small group of friends rescuing critters from the beautiful wilds of Utah’s red rock country. From these humble beginnings sprung what might now be one of the country’s best-known rescue movements and dog charities. Best Friends’ home base in Kanab, Utah, has become a destination, with thousands making the pilgrimage to adopt, volunteer, take a class, go for a hike, or simply spend a few hours touring the sanctuary and visiting with some of the 1,600 animals who call it home.

Best Friends also runs programs outside of the sanctuary, offering events and workshops around the U.S. as well as organizing advocacy and legislative campaigns. In 2016, Best Friends launched No-Kill 2025, an effort to make the United States no-kill by 2025. In order to reach this goal, Best Friends collaborates with over 3,300 animal shelters and rescue groups to create community-supported sheltering programs. These programs help build partnerships between organizations to end the euthanasia of animals for space. 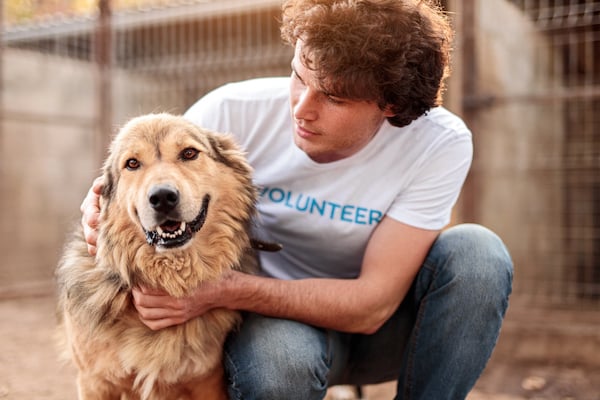 Sure, pretty much everyone knows about the ASPCA. It was the first humane society established in North America and is one of the largest animal advocacy organizations in the world. Its TV shows, viral videos, and that evergreen Sarah McLachlan fundraising TV ad make it a dog charity with enormous reach. Though the ASPCA has some shelters providing direct care, its main mission is “to provide effective means for the prevention of cruelty to animals throughout the United States.”

With this mission and its fundraising might, the ASPCA has the ability to provide responses and coordination for situations affecting dogs that many other groups, especially smaller local groups, cannot. It tackles problems like natural disasters, hoarding, sophisticated animal cruelty investigations, and large-scale abuse (such as in puppy mills). Add to this funding for shelter programs across the U.S., legislation, training, and more, and it becomes obvious how giving to this cause can be much “bigger” than the gift itself. 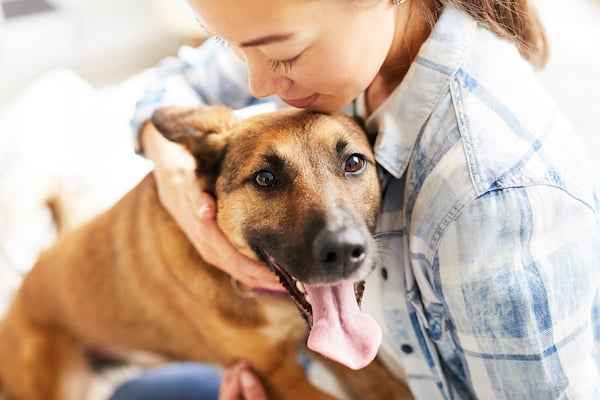 Though going big has its advantages, one of the best places to start making the world a better place is your own backyard. Local shelters are on the front lines of the worst issues facing homeless pets, and a little support can make a big difference. Not sure what shelters and rescue organizations are near you? Trying searching PetFinder’s handy shelter list to find a likely candidate, or use the No-Kill Network’s shelter finder.

A donation to a dog-loving, dog-helping charity or shelter goes a long way toward helping dogs that may be in need of loving kindness. And making a donation on behalf of a friend is even better, because really, what better gift could one give and receive than . . . love?