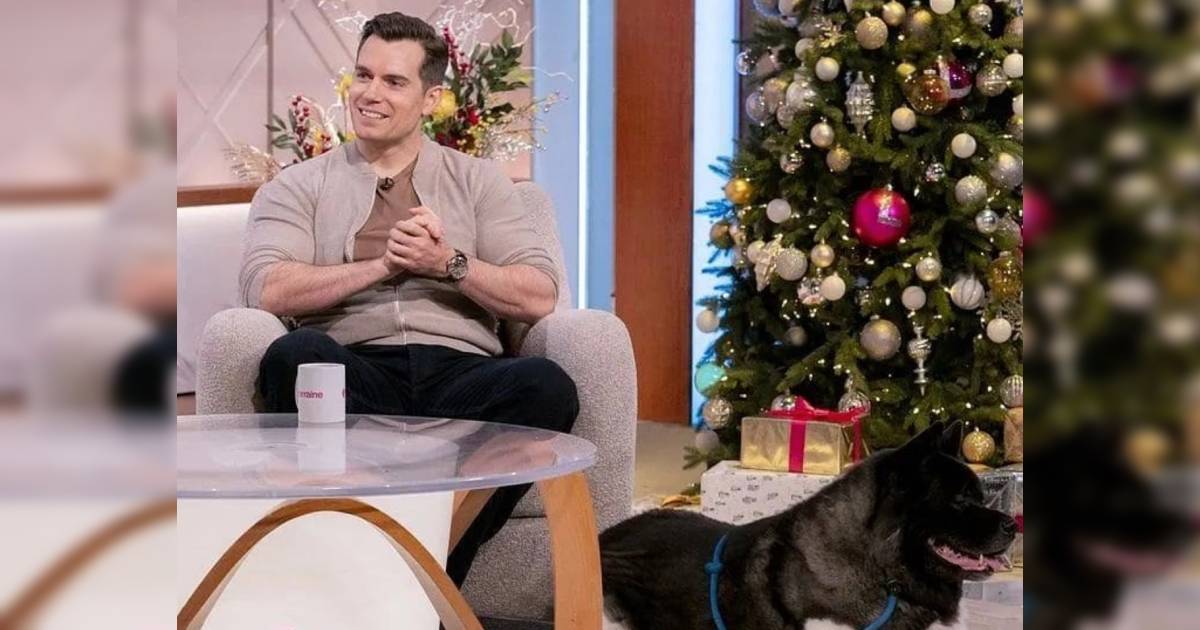 Did you know Superman is totally obsessed with his dog? Oh, no, sorry, I mean the actor who plays him in Man Of Steel, Henry Cavill. The 38-year-old English dreamboat has an American Akita named Kal, and he’s both Cavill’s best friend and his “kryptonite.”

Recently, while promoting season 2 of Netflix’s The Witcher, Cavill brought Kal along. Naturally, as his dog stole focus, the actor gushed about his love for his goofy and ever-supportive best friend.

It’s pretty clear from the fact that Kal does interviews with his actor dad that they’re close. When asked during one interview if Kal is his best friend, Cavill immediately responded that “yes, he really is.”

“He’s eight now, and he has saved my emotional and psychological bacon plenty of times.”

Cavill adopted Kal when he was just ten weeks old, and today the two “have an incredibly close bond.” Kal goes with Cavill everywhere, from sets to press tours. One photo the actor posted to Instagram shows the dog patiently stretched out on the floor during an interview.

“And as a precaution, I’ve trained Kal (he’s the one in the black and white fur coat) to pretend to be a taxidermied dog, so that he can burst into life in the event of a tricky question.”

If you follow Henry Cavill on social, you’re probably already familiar with Kal’s sweet face. He posts about his dog a lot (celebrities: they’re just like us!)

He even proudly shared that Kal was his Valentine in 2021. A post to Cavill’s Instagram featured his Akita with a single rose and the caption:

“Happy Valentine’s day everyone! For all of my fellow single pringles out there, you don’t have to be in a relationship to enjoy today, it’s about Love.”

A Loyal Breed For A Distinguished Actor

American Akitas, typically larger than Japanese Akitas, are known for their loyalty (and their shedding.) The breed used to guard royalty and nobility in feudal Japan. Kal is doing that in a way, as a companion to his famous pop.

Akitas are often feared due to their intimidating presence, and they must be socialized early to prevent them from becoming overprotective of their owners. Kal, Cavill says, is just a big fluffy sweetheart.

“We actually spend so much time together, I’m not sure who imitates who anymore! And I’m pretty sure he’d be a strong contender for the world record for converting dog haters, takers or leavers, and fearers into dog lovers.”

Getting a bit up there in age, Cavill insists that Kal still “behaves like a puppy half the time and a wise old man the other half.”