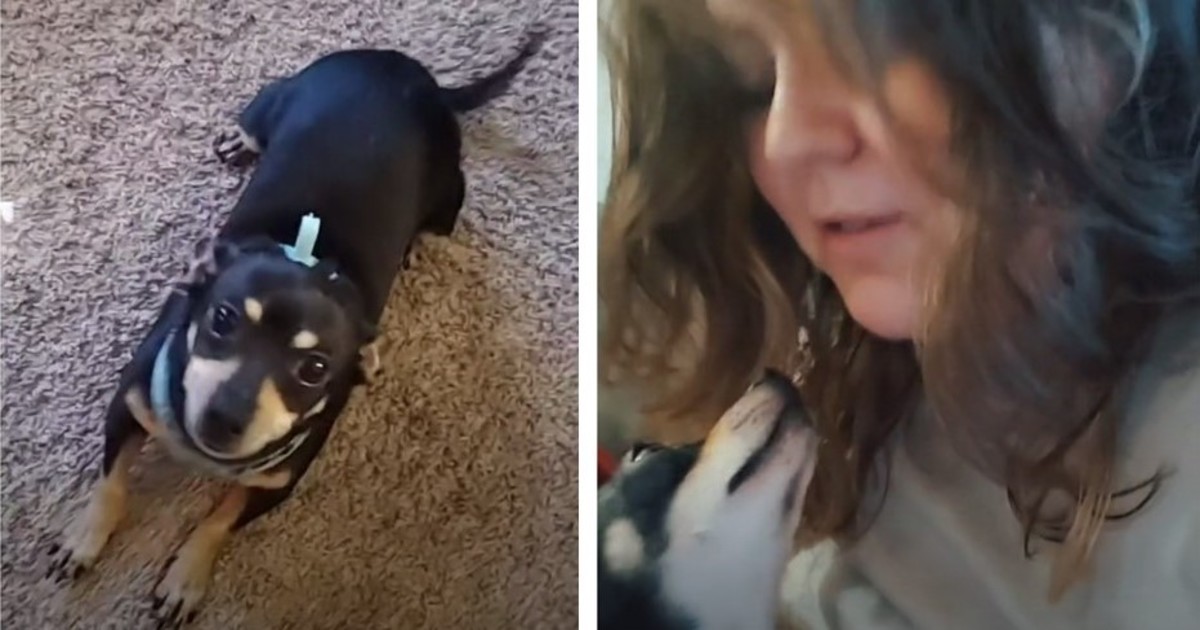 Because they can learn to associate words we say with certain objects or outcomes, it often seems like dogs understand our language. As much as we wish they knew the real meaning behind our words, they’re really just relying on those learned associations.

This also explains why a dog trained by a Spanish-speaking person would not necessarily respond to English spoken commands. It took a while for one confused adopter to realize that her rescue dog fit that description.

The moment she finally figured it out made for a charming TikTok. The video blew up, gaining over 4.7 million views since it’s been posted.

When Kalee McGee adopted a 4-year-old Chihuahua named Max from a shelter, she didn’t know much about his background. @kaleemcgee on TikTok shared a video detailing the way she realized her new dog didn’t understand her language.

“We adopted a dog two, three weeks ago, a great little chihuahua four years old from the shelter, no information on him, absolutely adorable, super great,” McGee explains in the opening moments of the viral video.

Max seemed to know some of the basics, like how to get into his crate and how to walk on a leash. So, McGee and her partner wondered why their new dog didn’t appear to want to obey any of their commands.

“He sits when you have a treat in your hand not when you say sit, he knows what a crate is and he walks really well on a leash so it seems he has some training, but he won’t listen to us,” she continued.

The next part of the video shows evidence of Max being clueless about the English commands but responding promptly to Spanish ones. When McGee says “Max come,” he just stares back, but when she says “aqui,” he comes right to her.

The best part of this realization is that it’s accompanied by McGee’s hysterical laughter. She seems both overjoyed to have solved the mystery and even a little embarrassed to not have figured this simple solution out sooner.

Watch the original TikTok below:

How They Figured It Out

After all the frustration, what made McGee and her partner finally realize their dog only knows Spanish? In a follow-up video, McGee explained:

“We were trying to get him to sit on the stairs, he wouldn’t sit, so I was like ‘Oh maybe he knows German because some people teach their dogs in German.’”

Speaking German to Max didn’t elicit any reaction. Then, McGee’s partner suggested that since Max is a Chihuahua, a Mexican breed, he probably speaks Spanish. It turns out they were right about that.

“It was just a joke… he immediately sat.”

Since neither parent speaks Spanish, they’ve been using an Amazon “Alexa” to translate some commands and words. McGee also took suggestions from commenters and tried out a few Spanish words on her dog to see what Max knew.

Max is definitely a dog worth learning a new language for!