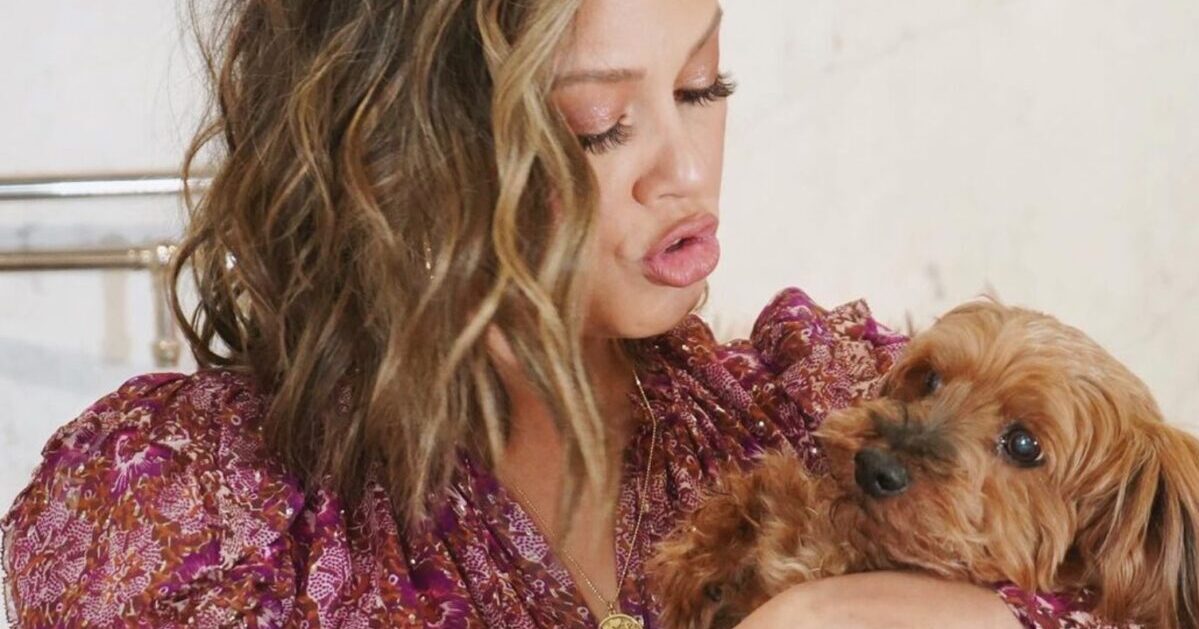 Vanessa Lachey, star of NCIS: Hawaii and co-host of Netflix’s Love Is Blind, adopted her dog Wookie 15 years ago. After 1.5 decades of endless love, the actress and TV host revealed that her first “baby” had crossed the rainbow bridge.

In an Instagram post, Lachey shared a beautiful photo of Wookie prancing through a sunset-soaked lot with a pinecone in his mouth. It’s a simple yet sweet way to memorialize a beloved pet.

In the photo caption, Lachey wrote to her 925,000 followers:

“My Beautiful Wookie. You made me a Mama and us a family. You taught me more than you will ever know. The last 15 years have been the best years of my life, a HUGE part of that is because of you.”

Over the years, fans of the actress had gotten to know Wookie as well. The dog, who really does look like a miniature version of the Star Wars species, was nearly as famous as the other members of this celebrity family. Lachey’s caption adds:

“Everyone Loved you, Mr Wookerson. Now all the doggies in Heaven get to have you. We Love You & will miss you.”

A Big Family Gets A Little Smaller

Nick Lachey (of 98 Degrees fame) and Vanessa Minnillo-Lachey married in 2011 after five years together. The couple has three children, though Vanessa often referred to Wookie as her “firstborn.”

“He’s the oldest guy, and honestly, a lot of times, he’s the most high maintenance. He’s picky with his food. He’s the loudest. He needs the most attention. But, hey, that’s what comes with being the oldest.”

Wookie proved to be a loyal companion and a great sibling to his human brothers and sister. He also maintained that affectionate personality and spunk until the very end.

During that TODAY interview, Lachey noted how valuable it is to have a dog like Wookie eagerly awaiting your return each day.

“Every time we come home, he’s still excited to see us, and it’s a beautiful thing to watch and to be a part of. You still feel loved, and he’s the best.”

The Lacheys have another dog, Dasher, who hopefully is providing them with some comfort during this time. Dasher probably misses his canine companion as well. The two spent 11 months together, as Dasher joined the family in January of 2021.

Farewell to a sweet pup, Wookie.