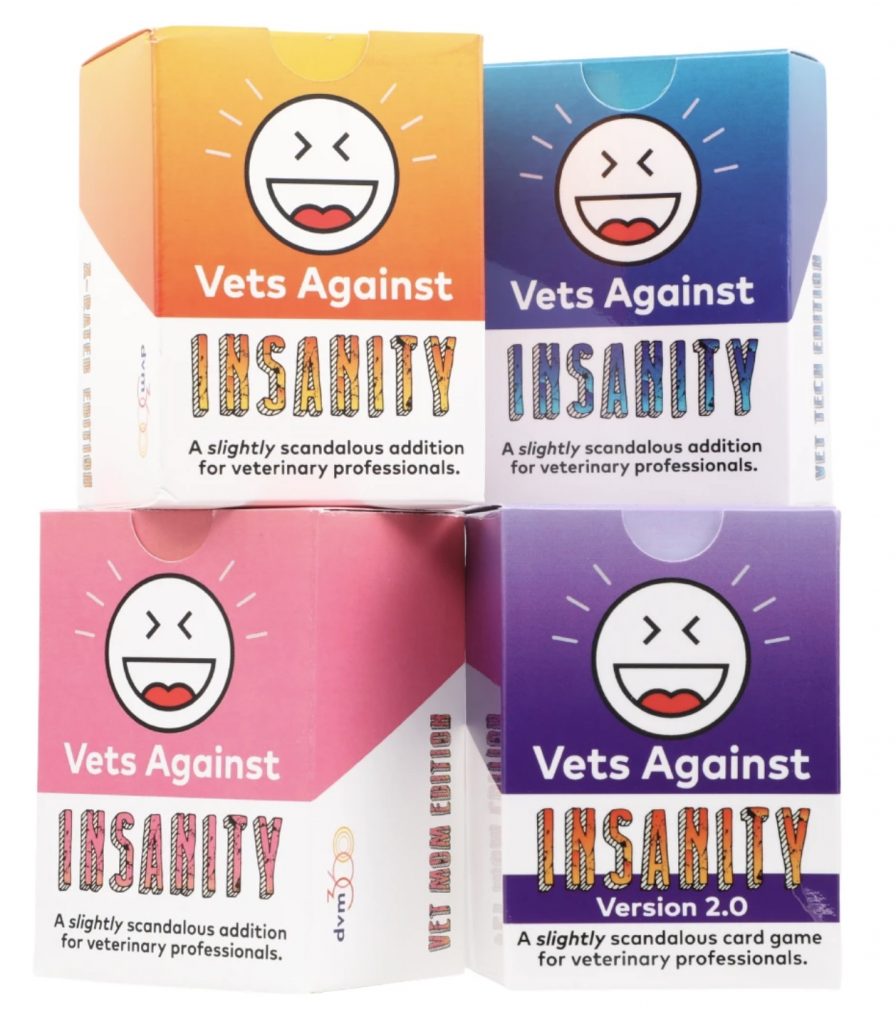 Veterinary practices and emergency clinics are critically understaffed. To the point where pet owners wait long hours to be triaged by a vet tech. That is, if they aren’t turned away entirely.

I experienced this issue first-hand in early October. After coming home from a weekend away, I found my cat, Biscuit, lethargic and caked in diarrhea. I immediately leapt into action to get her the care she needed but encountered one roadblock after another.

The first vet clinic turned her away because she was too critical (not eating or drinking). The emergency clinic said she wasn’t critical enough (after a 3-hour wait). Fortunately, I had an appointment for my dog with our regular vet a week later and was able to take her instead. In the meantime, until she started eating and drinking on her own, I gave Biscuit food and water by syringe every few hours.

As frustrating as the current state of pet healthcare can be for pet parents, it’s just as rough for veterinary professionals, many who are overwhelmed, dealing with regular staff turnover, unprecedented demand for services, and rising rates of veterinary suicide.

Occupational burnout led one veterinarian, Dr. Sarah Wooten, to change her career after 16 years. Wooten left private veterinary practice entirely to focus on continuing education for veterinary professionals, teaching vets skills to improve vet-client communication as well as ways to combat the many challenges of the trade.

In 2017, with fellow veterinarian and game co-creator, Dr. Caitlin DeWilde, the card game Vets Against Insanity was born. Wooten describes it on her blog as “a tool for well being and connection…[to] give people a chance to laugh and commiserate about a shared challenge. It makes us feel in the know and not so alone. It helps us laugh at something that might otherwise break us.”

Here, I spoke to Dr. Wooten about the game and her thoughts on the profession.

Rover: What inspired you to create Vets Against Insanity?

Dr. Sarah Wooten: I met the co-founder of Vets Against Insanity, Dr. Caitlin DeWilde, when we were co-teaching continuing education at the Fetch dvm360 conference. We wanted to invent a new teaching tool to help veterinary professionals retain and apply their knowledge better. We originally created the game as a teaching tool, but then people went crazy about it. It became a way for vet professionals to blow off steam, connect with their teams, and combat veterinary suicide.

The owner thought the fleas were just hiding from the medication.

Dr. Sarah Wooten: One of my favorite cards from the game says something like, “When you’re trying to talk to people, and they have the oddest beliefs.” Once I was trying to tell someone that even though their animal was on flea control, the pet still had fleas. The owner was confused and thought that the fleas were just hiding from the medication.

Another story that still haunts me to this day happened during the ’90s when I was working as a student in a vet hospital. A woman came in with her Yorkie, so I took a history, took the dog’s temperature, and asked what was going on. The woman said, “She just smells funny.” Okay, so I take a whiff and I could immediately tell something is off. I felt something on my fingers and realized the dog’s leg was hanging by a thread. The dog must have jumped and injured himself, damaging the nerve to his leg. He no longer recognized the leg was his, so he tried to chew it off. The woman didn’t notice her dog had gnawed its own leg half off.

Rover: Have you gotten a lot of feedback from the veterinary community about the game?

Dr. Sarah Wooten: Yes! We sell out every year. We had lines back when we had conferences for people buying the games. We have people who buy the whole collection [including expansion packs and versions for vet techs] just because they love the idea. We’ve had a ton of positive feedback from the veterinary community; we get emails all the time.

The woman didn’t notice her dog had gnawed its own leg half off.

Rover: Can pet owners enjoy Vets Against Humanity as well as vet professionals?

Dr. Sarah Wooten: I would say yes. Know when you’re coming in that it’s snarky. I’ve played it with my kids and they had a ton of fun with it. There are a lot of cards with medical terminology, so sometimes it’s funny to watch people go, “What the heck is this?” I played it with an engineer and a sommelier, and they fell off the couch they were laughing so hard. Be prepared for dark veterinary humor. That’s part of the reason why this game is so successful—we don’t pull any punches. We go for it.

Rover: It sounds like Vets Against Humanity is meant to inject some humor into what can be a very difficult profession. What is the message you’d like the veterinary community to take away from the game and what you’ve learned as a vet?

Dr. Sarah Wooten: I would say to vets that partnership with pet parents is as critical as their education. If you can’t get a yes—an agreement from the pet owner—what’s the point? Try to understand the stress and difficulty pet parents are going through right now between not being able to be seen or having to sit in the car and wait while their fur baby is being taken away. I think some veterinarians understand, but some don’t. We have to remember it’s so hard for you guys. As frustrated as vets may be with the fact that a pet owner has a different opinion or won’t follow your recommendation, judgment of pet owners (for any reason) doesn’t help. It throws up a barrier. In the end, it’s the pet that pays.

Dr. Sarah Wooten: It’s a comprehensive issue but there are five main things. First, it’s maintaining your pet at a healthy weight. Second, dental care. It’s been a hard sell for vets because obviously a lot of humans don’t get appropriate dental care, so how can we expect them to spend $1,500 for their pet?

Third, management of pain. Pain often goes unrecognized by pet parents and sometimes when vets talk to pet owners about their animal being in pain, they say “oh, they’re just slowing down.” Age is not a disease. Fourth, parasite control. It’s another hard sell. If pet parents can’t see it, they’re not worried about it. Finally, making sure you’re financially solvent enough to take care of a pet in the first place. 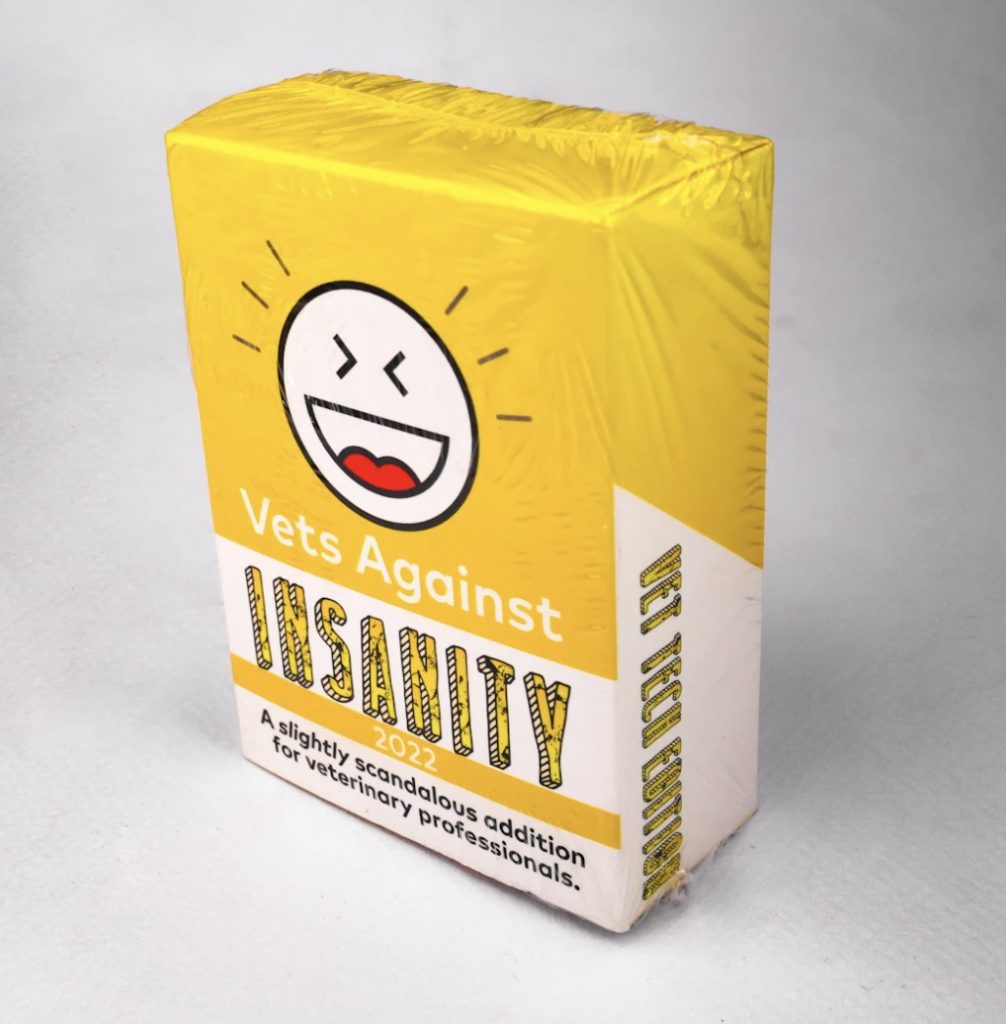 Rover: As was true with my own experience, it can be difficult to obtain care for pets right now unless it’s a dire emergency. How can pet owners protect their pets in the current environment?

Dr. Sarah Wooten: Before you get a pet, do your research. Know what that pet is going to need. Make sure you’re buying from a breeder that provides a health guarantee and tests their breeding stock for common genetic issues. The Walmart parking lot has become the puppy trading capital of the world. You get people coming in with lovely, fluffy little things but they’re wracked with genetic problems.

If you do get a pet, before there are any issues, develop a good relationship with a vet you trust. If you have that relationship ahead of time, then if an emergency develops, they’ll recognize when you call. Make yourself stand out! Send Christmas cookies to your vet’s office.

Utilize telemedicine where possible. It’s really only effective for certain things, but if you start with a veterinary telemedicine appointment, sometimes they have connections with local veterinarians who can get you in if needed. It can be a bridge. You can also utilize “drop-off appointments.” Many vets won’t be able to see you on short notice, but you can drop the pet off to be seen in between other appointments.