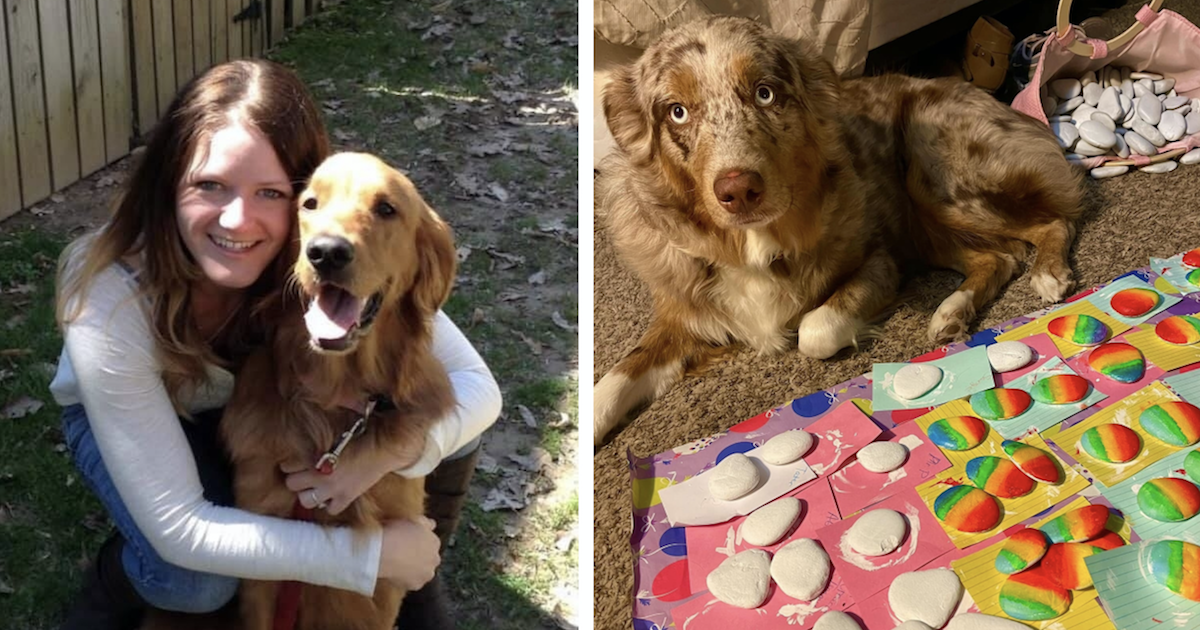 Alexandra Bonfiglio was devastated when her Golden Retriever named Stella died unexpectedly. It was one of the saddest moments of her life, and she realized that many other pet parents around the world go through similar situations every day. After creating a beautiful memorial for her beloved dog, she wondered if she could help make a difference for other grieving dog lovers too.

So, Bonfiglio created a non-profit called Stella’s Angels, where she creates personalized memorial stones to gift to families. She expected it to be a small project, but it quickly blew up in a matter of days. Now, she’s amazed by the kind community of dog lovers who continuously support her.

Bonfiglio brought Stella home as a tiny puppy in 2012. But only six years later, she received the most horrific news of her life. Her roommate called her while crying to tell her that Stella had died tragically during Thanksgiving weekend.

“She was crying hysterically,” Bonfiglio said. “They had left the door cracked when they were walking out to the car, and Stella had pushed the door open, ran out, and a truck ran her over.”

Bonfiglio admitted that she cried more for Stella than she had for the human family members she lost. Then, she realized that those grieving pets often don’t get the support they need. Dogs are part of the family, but some people don’t understand how serious their deaths are. So, Bonfiglio wanted to find a way to make sure all grieving pet parents could feel supported and understood.

It all started with a memorial she made for Stella. She was walking along the beach when she came across a perfectly smooth rock. So, she painted it and kept it in honor of her furry friend. Then, it gave her a great idea!

Bonfiglio decided to do something kind for other grieving dog parents. She posted a free offer on Facebook where she would make colorful stones for other people’s late pets. After only an hour, her phone blew up with messages. Everyone was so positive and supportive of her idea, so she created a Facebook page called Stella’s Angels.

Each stone is painted with the dog’s name on a rainbow background on one side and a paw print with the color of their choice on the other. Bonfiglio reads each person’s messages and stories closely before starting their rock. She wants to make sure she’s thinking about their beloved dog as she works. Her 13-year-old son and her other family members often help out.

After Stella’s death, Bonfiglio welcomed an Australian Shepherd named River into her home. The pup sometimes makes appearances in the photos and videos posted on the page.

Bonfiglio happily accepts donations, but it’s not required. She’s doing this to help other families heal, so it’s not about the money for her. She’s so happy that she has made a safe space for dog parents, and she hopes to keep helping as many people as she can. It’s amazing how one small gesture can have such a huge impact on others.