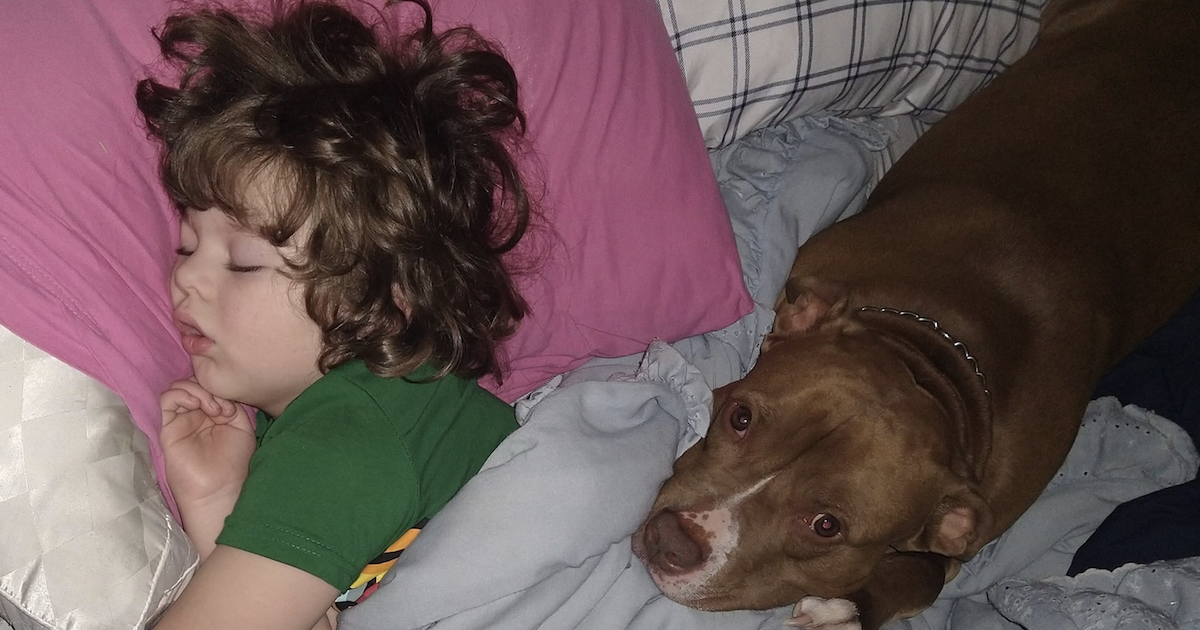 Animal shelters are supposed to be loving places that work hard to save animals. Yet, all it takes is one heartless employee for things to spiral out of control. Anyone who doesn’t love animals shouldn’t be working in animal rescue, but Animal Care & Control Team (ACCT) in Philadelphia supposedly has several unkind individuals working there.

A family’s Pit Bull briefly stayed at ACCT after an incident with the police. The shelter promised it was the safest place for the pup to be. But that same day, they euthanized the dog without warning the family. Even though months have passed, the family still hasn’t gotten the justice they deserve.

One Rough Day Changes Everything

Bryan Landis and Tiffany Lavelle brought home their Pit Bull named Saint when he was only a puppy. Landis had just gotten out of prison, and the couple wanted their newborn son to have a best friend to grow up with. Landis was in prison due to crimes he committed during his heroin addiction, which is still a struggle for him today.

In August 2021, police pulled Landis over while he was in the car with Saint. Landis had to temporarily go to the police station. So, officers took Saint to ACCT during that time, which is normal protocol. Landis wasn’t charged with a crime, and he was told Saint could be picked up after he was released. But when Landis arrived at ACCT a few hours later, he was horrified.

“When he arrived at the shelter, he was told Saint had been injured by the police,” a Facebook post reads. “Bryan was taken to the back where Saint was covered in blood and his jaw was hanging by soft tissue! Saint had not been medicated nor had he received any medical attention. Saint was calm but couldn’t even lift his head to look at Bryan”

Animal control wouldn’t let Landis take Saint home unless he had a vet appointment for the broken jaw. Landis couldn’t schedule anything at such short notice, so ACCT staff assured him that Saint would be safe with them for the time being.

Landis went home without Saint, but he was furious. He and Lavelle called ACCT several times to find out more information, but no one answered. The shelter even hung up on them even though they scheduled a vet appointment for Saint.

Then, Lavelle got ahold of the police, who assured them that they hadn’t hurt Saint. The shelter later claimed that Saint broke his jaw by biting a metal bar, but the officer had a more horrific version of the story.

“Officer Corvey swore Saint was in perfect condition when he was dropped off at the shelter. He stated when they arrived at the shelter a male employee from the shelter was pulling Saint from the car so aggressively that there was blood and feces left in the back seat of the squad car,” a Facebook post read. “The employee then dragged Saint towards the building. At that point, Sergeant Dayton then called the shelter himself to get the name of the male employee. The shelter refused to give him that name.”

So, Landis and Lavelle rushed to the shelter the next day to pick up Saint. When they arrived, staff told them he had been euthanized after Landis left the day before. No one had attempted to contact the family before the euthanasia.

The family has video footage of them talking to shelter staff before and after Saint was killed. Before, the staff never said anything about his condition being life-threatening. After, the woman claimed that she had no idea where his ashes and collar were. The family had no piece of their furry friend left.

Aurora Velazquez runs ACCT, and she has been linked to numerous incidents like this. There have even been multiple reports of abuse and unapproved euthanasia at this facility. Even so, no one has been fired for abusing or euthanizing Saint without consent.

“I feel bad because he died alone,” Lavelle said.

Sadly, unapproved euthanasia like this happens far too often. No matter the reason for it, this is never acceptable. Any animal control employees who think it’s okay to euthanize animals without even telling their families should be fired. Lavelle and Landis will keep fighting to ensure that Saint gets justice. They’ve even created a Facebook page to share updates on the situation.