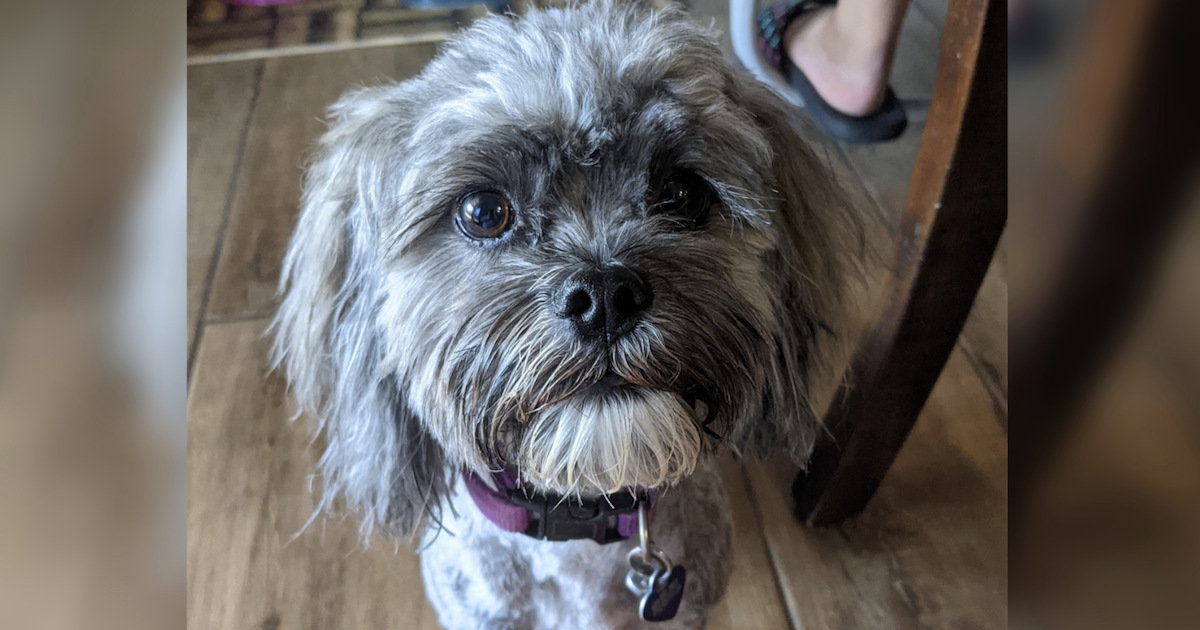 Veronica Lowe and her family quickly looked for help when their dog became sick. Their regular vet was booked, so they took her to one with availability. At first, everything went well, but then Lowe received an unexpected call. According to the business’ owner, the tiny dog named Sadie had run away from a staff member outside. Yet, Lowe hadn’t realized Sadie would be outside at all.

Lowe’s family is feeling a mix of overwhelming emotions, but they’re not letting it get the best of them. They’ve searched for Sadie for weeks, and they won’t rest until their furry friend is home safe and sound.

Sadie grew ill due to gastrointestinal issues, so her family wanted to get her to the vet as quickly as possible. They dropped her off at Alta Vista Vet Hospital in Phoenix, Arizona, since there were available appointments. The vet had cared for Sadie as a puppy, so Lowe had no concerns when she dropped the dog off and left for a few hours.

The vet called Lowe once they had taken a look at Sadie to confirm the next steps of her treatment. Lowe and her boyfriend agreed to go through with the necessary bloodwork. Less than an hour after Lowe talked to the vet, she received a call saying that “a situation” had occurred.

“I thought the worst,” Lowe said. “I thought maybe she had passed, or I don’t know. Everything, you know, was going on in my head.”

Thankfully, Sadie wasn’t dead, but she was lost. A staff member took Sadie outside while someone cleaned her kennel space. They claimed that she didn’t want to come back inside, so they tried to pick her up. She bit them, causing them to drop her and focus their attention on the wound. While the staff member was distracted, Sadie took off, and they didn’t see where she went. The bite ended up not being severe.

Trying to Right Some Wrongs

Cyndi Jenkins, the owner of Alta Vista, says her staff have been tirelessly searching for Sadie. They made a post on Facebook and are even offering a $1,000 reward for Sadie’s safe return. While Lowe understands that things like this happen, she wishes there was more communication from the vet. The family wishes they could speak to the person who was last with Sadie to get more details.

“So, we’ve never really got a complete story from them,” Lowe said. “You know, they just continue to state that Sadie was taken out by a vet [and] that it’s typical procedure to take dogs out for potty breaks. Initially, we were talking to the owner, Cyndi, and she was great at communicating with us. And that just kind of stopped. … No return phone calls.”

However, Jenkins isn’t sure what more she could do. She said the employee feels terrible for losing Sadie, but she doesn’t think he would provide any information that the family doesn’t already know. Jenkins also said that she would be having a fence installed soon to prevent this from happening again.

While a fence is a step in the right direction, it’s unclear why the business didn’t have one before. They have space for it, and they’ve lost “less than ten” dogs during their 40 years in business. So, while it’s a rare circumstance, it has happened before. However, every other lost dog was found within two days.

It has been about three weeks since Sadie went missing, and the search continues. There have been a few sightings, but no luck yet. Alta Vista is still helping with the search, but Lowe is also working with HARTT (Humane Animal Rescue and Trapping Team), which is responsible for finding many lost pets.

Even though Lowe wants Sadie back more than anything, she mostly wants to ensure that the pup is safe. She hopes someone is caring for her and will return her when they see the social media posts.

“This sounds horrible, but as much as I want my dog back, if somebody were to even just call and say, ‘You know what? We have her. We like her. We’re not giving her back to you.’ – just to know that she’s safe,” said Lowe.

Lowe urges people near Phoenix to keep an eye out for Sadie, but not chase her. If you see her, please call the number on the fliers.