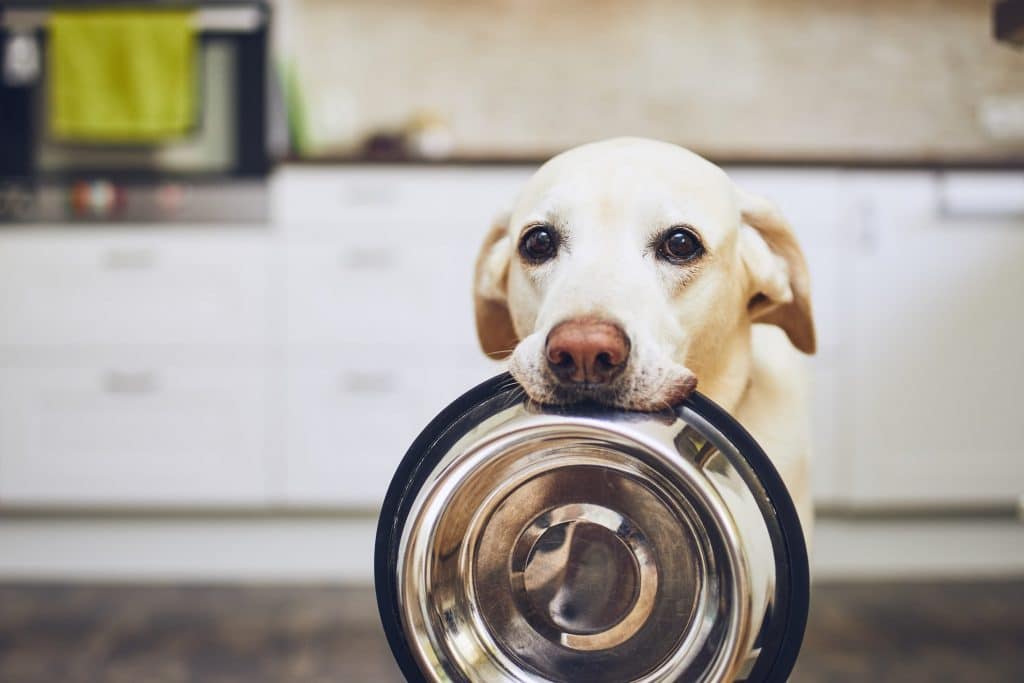 As pet owners, we all walk the line between doing what’s right for our dogs and doing what’s best for our budgets. While you might love to feed your dog the best of the best, premium pet food is pricey and sometimes you have to make compromises. There’s nothing wrong with picking a more economical pet food, but it’s a dangerous strategy to shop by price alone.

Cheap pet foods not only tend to be made with poor-quality ingredients, but the companies that manufacture them are more likely to make decisions based on their own bottom line and not your pet’s health. This can create inconsistencies with quality which, at best, might lead to product recalls and, at worst, might poison your pet.

Aflatoxin poisoning is a major concern in pet food, especially foods heavy in cheap, plant-based ingredients like corn, rice, and wheat. Here’s what you need to know about aflatoxin, how it gets into your dog’s food, and what you can do to protect him.

What Is Aflatoxin Poisoning?

While pet food recalls can result from a range of errors, one common cause is contamination with harmful substances like bacteria or mold. Mold makes its way into pet food through common ingredients like peanuts, corn, wheat, and other grains.

According to Dr. Sarah Wooten, DVM, CMJ, the real problem isn’t the mold itself, but from poisonous substances produced by the mold called aflatoxins. These toxins can be present in contaminated pet food, Wooten says, even if there is no visible mold.

Aflatoxins are produced by the mold Aspergillus flavus and, at high levels, they can cause illness and death in pets. Aflatoxin is particularly poisonous to dogs—at just 50 parts per billion, aflatoxin can cause symptoms of poisoning in dogs. If the exposure continues, it can lead to liver damage, clotting issues, and even death.

How Does Aflatoxin Get Into Your Dog’s Food?

Remember, aflatoxins are produced by mold belonging to the Aspergillus family. These molds are typically found on grains like corn, wheat, and rice but also on other crops like nuts, lentils, and potatoes. While the toxins can develop in the field, they are more likely to grow in storage—especially at higher temperatures and humidity levels.

When ingredients contaminated with Aspergillus mold are used to manufacture pet food, there’s a risk for aflatoxin contamination as well. Aspergillus mold may continue to produce aflatoxin after harvest and aflatoxins can even survive the conditions involved in pet food preparation.

While reputable pet food manufacturers impose stringent ingredient quality checks and use various means to kill fungus and other pathogens on raw ingredients, even heat and pressure aren’t enough to destroy all the aflatoxin the mold has already produced, sources say. 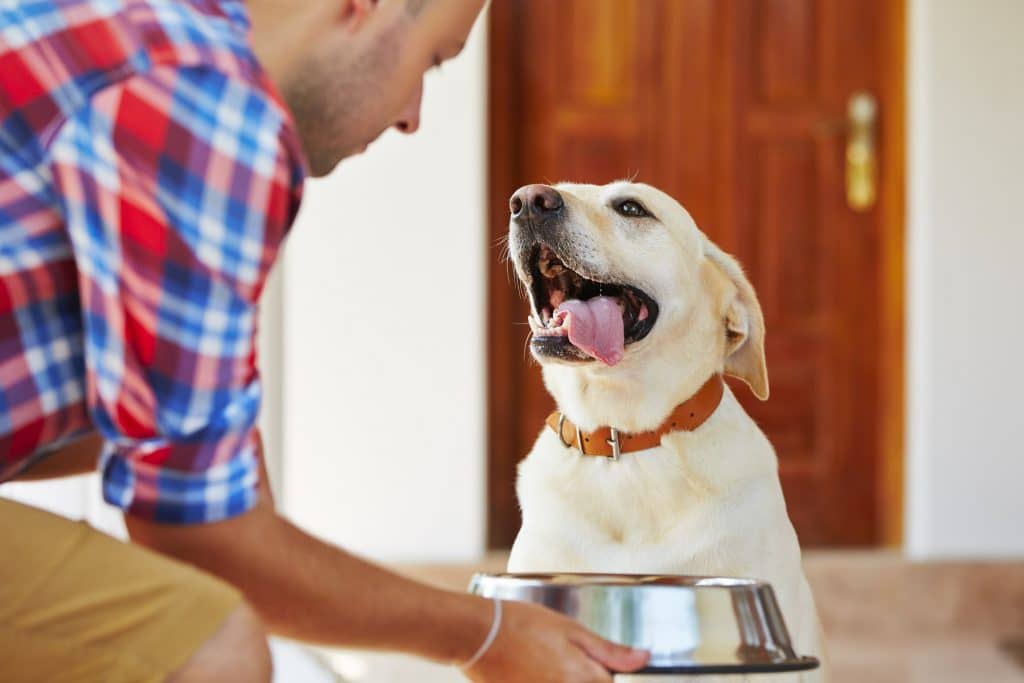 A Brief History of Aflatoxin in Dog Food

Unfortunately, aflatoxin poisoning in dogs is not new. In fact, the role of aflatoxins in fatal liver disease was discovered back in 1952. After an outbreak of deadly liver disease in dogs swept across the southern United States, an investigation revealed aflatoxins produced by Aspergillus fungi to be the underlying cause.

Though the veterinary community has learned a great deal about aflatoxicosis, outbreaks continue to occur. The sweeping Diamond Pet Food recall of 2005 was initiated after it was found aflatoxin in 19 varieties of pet food caused over 100 dogs to die. More recently, Sunshine Mills announced a voluntary recall of certain dog food products due to aflatoxin contamination in September of 2020.

While sensitivity varies depending on the dog’s size, aflatoxins need to build up in the dog’s bloodstream before signs of illness appear. While poisoning generally occurs around 50 parts per billion, the FDA considers pet foods containing 20 parts per billion or more to be contaminated.

Common symptoms of aflatoxin poisoning include:

Because aflatoxin poisoning sets in gradually with repeated exposure, the initial presentation can be a little vague. If the pet continues to eat the contaminated food, it will likely lead to liver damage, potential liver failure, and could eventually be fatal. According to holistic veterinarian Dr. Angie Krause, DVM, CVA, CCRT from I and love and you, young dogs may be more sensitive to the effects of aflatoxin, though the onset of symptoms may not necessarily occur more rapidly.

Diagnosis of aflatoxicosis can be tricky and may require blood tests to check for elevated levels of certain enzymes which may indicate liver damage. Your veterinarian may also recommend a clotting profile or a liver biopsy to confirm the diagnosis. Though not yet a reliable way to test for aflatoxin poisoning, urine tests are being developed to help with diagnosis.

Unfortunately, there is no standard treatment for aflatoxin poisoning.

Dr. Wooten comments, “Treatment is purely supportive and varies based on the level of illness.” Treatment may involve fluids, supplements, and other medications to support the dog’s liver function in the hopes that it will heal. Supportive therapies to ease nausea or vomiting, stimulate appetite, and treat secondary infections may also be recommended. 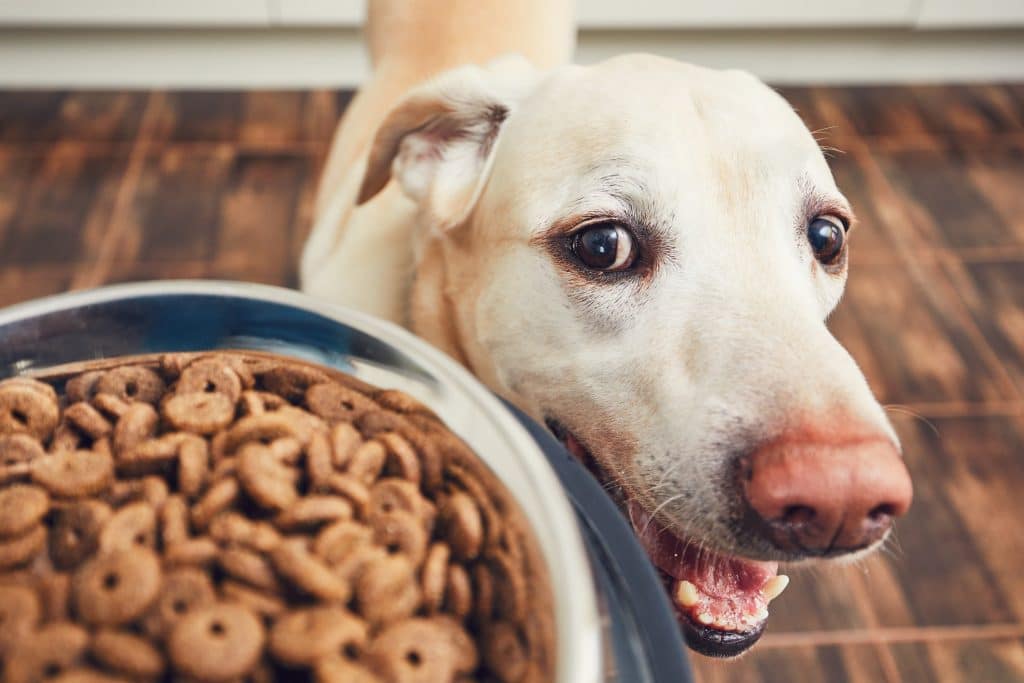 Tips to Reduce Your Dog’s Risk

As pet owners, we put a great deal of faith in the pet food industry. Faith that pet food manufacturers will do what’s necessary to ensure the quality and safety of their products. Faith that the FDA will identify problem products through routine testing and notify the public of the risk.

Even so, it’s your responsibility to protect your pet’s health and welfare to the best of your ability. That means making an educated decision regarding your pet’s diet.

Here are some tips to reduce your dog’s risk for aflatoxin poisoning:

Education is key when it comes to choosing a healthy diet for your dog, but even if you do your job properly, accidents can happen. Do your best to stay up to date on pet food recalls and know what to do if your dog’s food is affected. You can find recall information on the FDA’s website or sign up for safety alerts from the American Veterinary Medical Association (AVMA).

Follow these steps if your dog’s food is recalled:

Aflatoxin poisoning is serious, but there are simple things you can do to protect your pet. Educate yourself on the risks of pet food contamination, take the time to choose a high-quality formula from a reputable company, and stay up to date on pet food recalls.