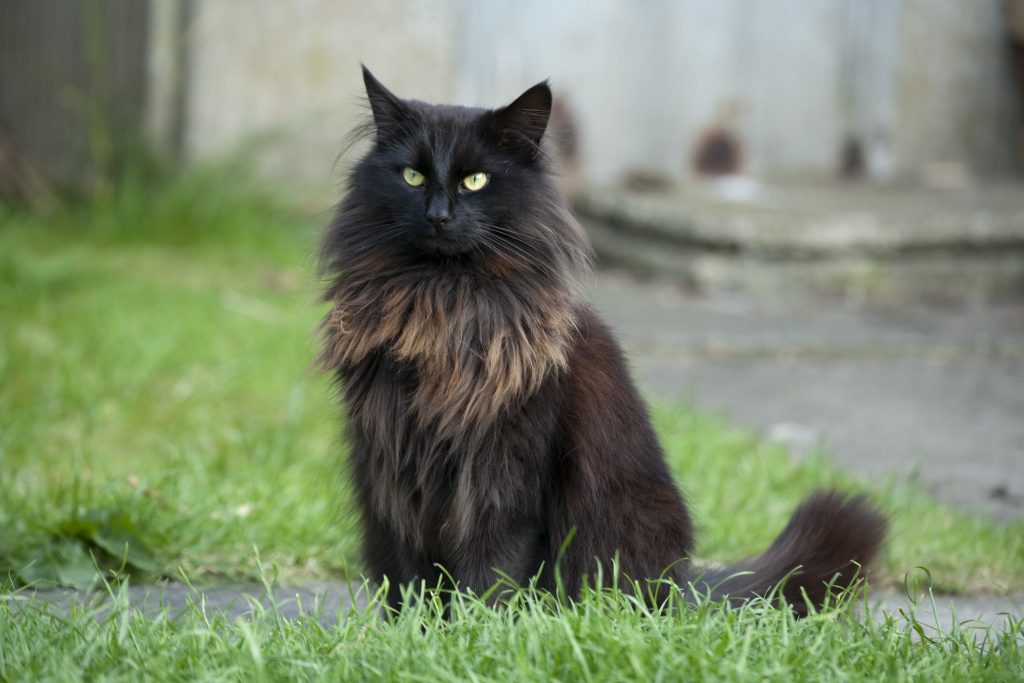 For centuries, black cats have been mistakenly associated with bad luck, witches, witchcraft, and magic.

Witches were believed to have been able to disguise themselves as black cats, or that the cats were able to do the bidding of the witches. In addition to their association with witches, black cats are associated with bad luck, death, and evil, from the old saying that it’s “bad luck” if a black cat crossed your path.

Along the way, black cats have become nearly synonymous with the Halloween season.

While these ideas grew out of superstition and folklore, do they have any impact on the lives of black cats today, especially during Halloween? We spoke with a few experts to separate the myths from the facts.

Black Cat Myth #1: Black Cats Are at Risk of Being Harmed on Halloween

It is true that black cats have been unfortunately harmed around Halloween, but it turns out by and large they and other cats are in no more danger that night than any other.

While the ASPCA didn’t provide hard data, Kelly DiCicco, Manager of Adoptions Promotions at the ASPCA Adoption Center in New York City, said based on the ASPCA’s internal data, black cats aren’t in danger around Halloween.

“Every Halloween, many worry black cats will be adopted irresponsibly and returned right after the holiday. Others worry that black cats are less likely to be adopted than other coat colors. But according to ASPCA research, both fears are unfounded. Black cats are not in peril on Halloween or any other day of the year,” said DiCicco.

Another common thought about black cats is that they are hard for shelters and rescues to place in adoptive homes. Dr. Mikel Maria Delgado, a Certified Applied Animal Behaviorist and Certified Cat Behavior Consultant, explained some of the reasoning behind this.

“There is some evidence that photos of black cats get fewer clicks on pet adoption websites and some studies have suggested that black cats are less likely to be adopted, but the data isn’t a slam dunk.

“Black cats can be harder to photograph, especially in animal shelters where the lighting may be dim. [And], there may be more black cats in shelters, so there just may be more of them,” Delgado said, indicating that black could be a dominant color among the majority of shelter pets, which could make it appear as though animals with those colors are being passed over more.

This perspective was echoed by DiCicco, who said, “The myth that black cats and dogs are less adoptable is likely the result of the total number of animals entering the shelter system. Our research shows that, in general, more black cats and dogs enter shelters across the country, making it appear that this population is more at risk. The reason that more black animals come into shelters is because black coloration in pets is dominant.”

Despite the number of cats and kittens needing homes, some shelter and rescue groups are reluctant to adopt out cats, especially black cats, during the month of October for the well-intentioned fear that the cats may be harmed. These limits on adoptions are intended to protect the cats, but they may not be necessary.

From Dr. Delgado’s perspective, the risks for black cats languishing in shelters far outweighs the risks of allowing them to be adopted in October. She cited a 2020 study that “found no effect of month on the outcomes of black cats in a Kentucky shelter, and if anything, there were fewer black cat adoptions during October. So, the potential side effect of limiting black cat adoptions is that fewer black cats get adopted. Sitting in the shelter longer puts cats at risk for stress and illness, not to mention euthanasia.”

Thankfully, more rescue groups such as the ASPCA have come to see that anytime is a good time to adopt a cat—black or otherwise! DiCicco says that, “If you’re interested in adopting, it’s always the perfect time—including during the month of October—to bring a special black cat into your heart and home and save a life in the process.” 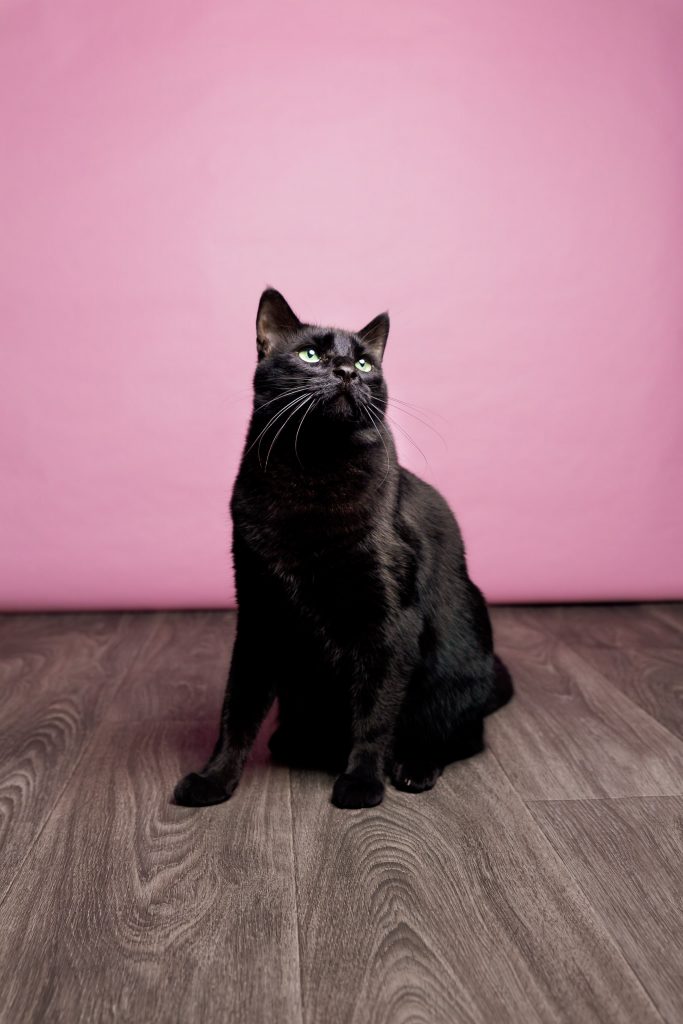 In general, it’s best and safest for cats to live inside, but if you do allow your cat some access to the outdoors, regardless of your kitty’s color, it is best to keep them inside on Halloween, which can be scary, confusing, or disorienting for any pet with the unpredictable sights and sounds the day can bring.

“We encourage all cat owners, regardless of their cat’s color, to practice responsible pet ownership regardless of the season. Cats are always safest indoors with their family, but especially with increased traffic and activity around the holidays [such as Halloween],” DiCicco says.

I’ve been lucky enough to have two black cats, and will continue to seek out black cats as pets again in the future. I found my current cat when he was only 5 weeks old in a snowbank, feral and alone in my Brooklyn, New York neighborhood. My partner and I were lucky enough (with the help of some dog treats in my pocket and the bodega owner at the corner) to catch this kitten and bring him home.

Now, nearly eight years later, my little black cat is the most playful, mischievous, and fun cat I’ve ever known. He loves treats, toys, and playing with my dog. Despite the mythology and misunderstanding around them, black cats are no different from any other cat. If you’re considering adding a cat or kitten to your family, focus on finding a cat that you connect with regardless of color.

“The most important thing about a cat to most people is their personality! I encourage anyone who is thinking of adopting to spend some time with a few kitties and talk to the shelter staff or foster caretaker to learn more about them, and to be open to kitties of all stripes and colors,” says Dr. Delgado.

DiCicco agrees. “Due to false superstitions, black cats have long been unfairly linked to bad luck. While black cats get wrapped up in outdated myths, the truth is that they’re just as lovable as the next feline.”