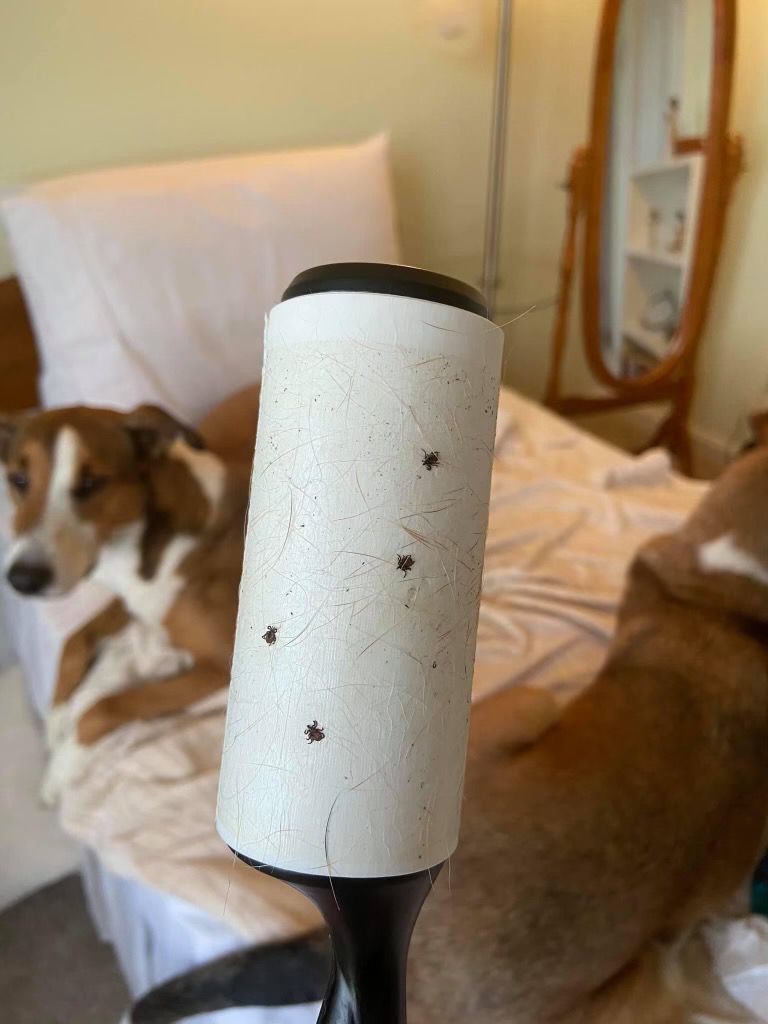 It’s a good idea to check your dog carefully for ticks after every outing. You may find loose ticks crawling through your dog’s coat. You may find ticks that are attached – either recently attached skinny, flat ticks, or ticks that have been feeding for a while and are engorged, making them oval to round and fat. You may find the pre-adult ticks called nymphs, which are tiny, like the size of the head of a pin. Nymphs can be hard to see, are usually grayish in color, and frequently found on the face, having been picked up when the dog was nosing around in the grass or bushes.

How to Remove Tick From Dog

A neat trick to pick up the loose ticks in your dog’s coat is to go over his body with a masking tape roller. This works really well, especially when done as soon as you get home.

Attached ticks can be difficult to remove.  This is because their saliva contains a cement- like substance, which holds them securely in place. You can try to remove them with tweezers, but you need to try to grab as close to the skin as possible to avoid separating the body from the head. Pull firmly and steadily straight up. You can usually tell if you got the head out or not by examining the tick after removal. The head looks like a tiny pointer at the front.  You can also usually see the head in the skin if it’s left behind. It looks like a tiny black splinter. Picking at it gently with a clean needle, like you would a splinter, usually results in successful removal. If you can’t get the head out, don’t panic.  They will usually work their way out eventually without causing problems.

Using a Tick Twister tool is the easiest way to remove ticks with no concern for leaving the head behind. This inexpensive device has a groove that slides between the tick and your dog’s skin. Rotating or twisting the device cracks the tick’s cement anchor, allowing the tick to slide freely out all in one piece.

When removing engorged ticks, whatever you do, be careful not to squish the tick while it’s still attached.  This could result in a massive regurgitation from the tick into your dog, putting your dog at even greater risk of becoming infected with a tick-borne disease.

How to Kill a Tick?

Now that the ticks have been removed, what do you do with them? The quickest way to kill a tick before disposing of it is to soak it in isopropyl alcohol. You can alternatively drown ticks in soapy water, but it can take 48 hours for ticks to drown. Desiccation, which is basically extreme dehydration, kills ticks. So if you seal your tick in a plastic bag before disposal, it will eventually die from desiccation. Finally, the Center for Disease Control (CDC)’s website says it’s fine to flush them down the toilet.