Ordinarily, this is the time of year in the northeastern United States when people are closing their pools and swimming is confined to indoors. In New York, the temperatures have already started dropping and the leaves are changing. It isn’t exactly ideal outdoor swimming weather. But for one man, this is the perfect opportunity for him to raise awareness for a cause that he is passionate about.

Who is doing what?

On October 17th, Tom Collings plans to swim a harrowing nine miles along the north coast of Long Island. He will start his swim from a public boat ramp at Billy Joel Park in Cold Spring Harbor, and then swim to Lloyd Harbor and back.

Why is he diving into this?

Collings is an author, retired probation officer, and former monk who has a passion for rescuing animals and overall wellness. With this swim, Tom aims to bring awareness to animals in need of adoption and to honor his beloved 15-year-old Golden Retriever mix who crossed the rainbow bridge three weeks ago. Plus, he’s using it to mark his 70th birthday, and to promote overall wellness. Tom plans to donate the money he raises to Last Hope Animal Rescue.

“She was my buddy. It just breaks my heart, you know, when people go to pet stores or breeders when there are thousands of beautiful dogs in the shelter waiting for a home,” said Tom. 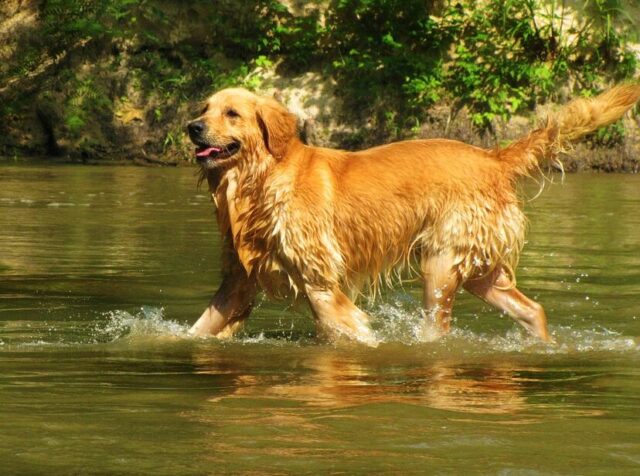 This swim will be far from easy. This endeavor is projected to take anywhere from five to nine hours, depending on water conditions. And, Tom doesn’t plan to leave the water the entire time. Fitting for the occasion, Tom believes “doggy paddle” to be the stroke that is the easiest on his shoulders. 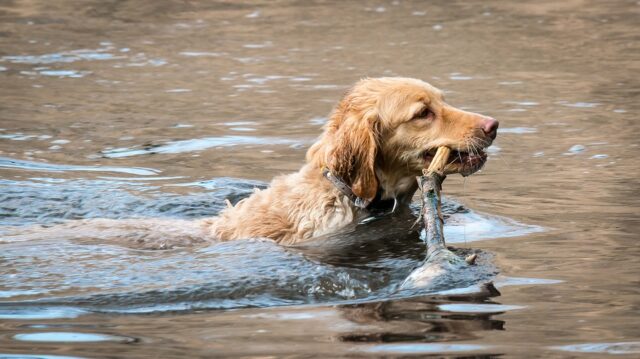 Having an escort will also enable those watching his swim to keep track of his progress. While he will be wearing a DayGlo suit, only having a head popping above the water will be difficult to see from afar without a little help. Tom regularly swims three miles at a time, but he hasn’t yet attempted nine. However, he did share that he feels confident that he can “get in the zone” and make it happen.

What will the money Tom raises benefit?

The money raised from the “K-9 mile swim” will go toward veterinary care for senior animals waiting to find their forever home at Last Hope Animal Rescue. The money will help provide thorough vet care including dentals, lab work, x-rays and other procedures for their mature pets.

While Tom did not originally adopt his dog Rosy from this shelter, he is passionate about helping animals in need. Tom found Rosy in a garden 14 years ago.

“This is so unique, as far as a fundraiser goes. We’re used to doing sit-down dinners, supermarket bingos and things like that,” shared Joanne Anderson, outreach coordinator for Last Hope Animal Rescue.

Tom hopes that after his swim, more people will consider adopting dogs that need to be rescued from shelters. This swim is subject to weather conditions and will be rescheduled again if needed. Donations can be made via the “K-9 Mile Swim” PayPal link.