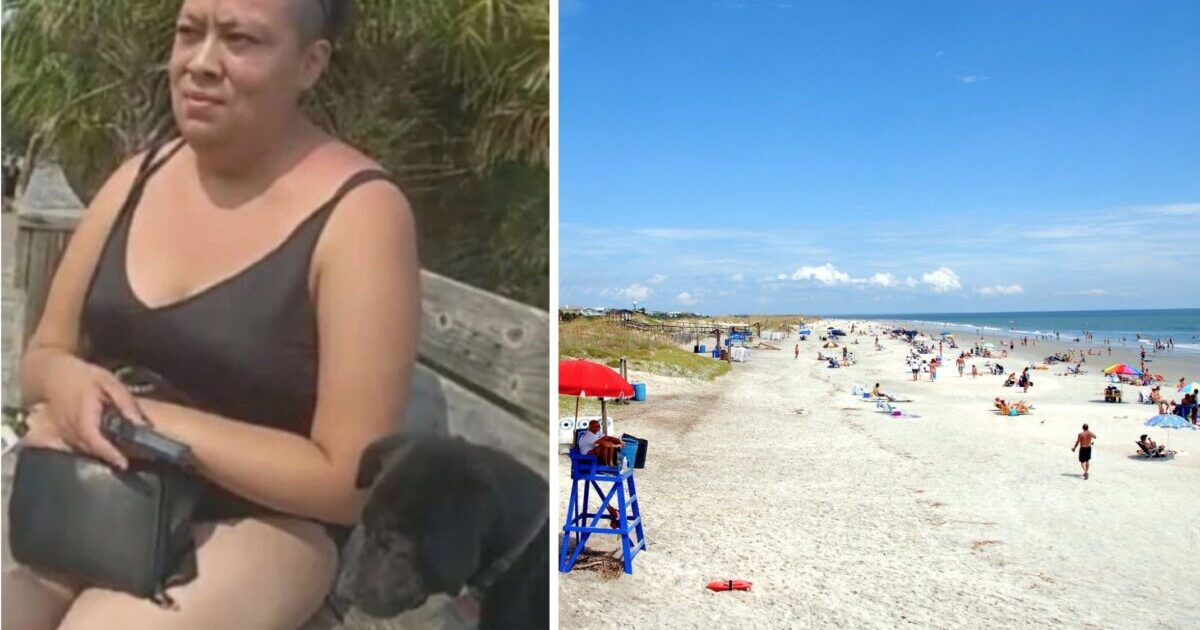 On the afternoon of September 12, 2021, police were called to South Beach, Georgia. Reports indicated a woman at the beach threw a puppy into the ocean. Her reasoning was as bizarre and sad as the incident itself.

Upon arrival, Tybee Island Police initially issued the woman, Candy Marban, a citation. They ultimately charged her with a felony of aggravated cruelty to animals after the full extent of the dog’s condition became clear.

According to a release issued by the Tybee Island Police Department:

“When officers arrived on the scene, they found the puppy curled up in the sand and nursing an obvious injury.”

Marban reportedly told the police the puppy sustained that injury a week before. She said she didn’t have the money to take him in for proper medical care.

The poor, suffering puppy was taken to nearby Savannah for the treatment he desperately needed. Sadly though, due to the extent of his injuries, vets ultimately had no choice but to euthanize him.

Once the puppy was put to sleep, police issued a warrant on the felony charge. They posted Marban’s photos on social media, hoping the public could help locate her.

Never underestimate dog lovers’ ability to fight for justice! That Facebook post was shared over 2,000 times in under 24 hours. In the end, the public’s assistance helped the police arrest Marban.

Police thanked citizens for their help in a release:

“The men and women of the Tybee Island Police Department deeply appreciate the help of the social media community and their passion for animal welfare.”

This police department, in particular, obviously has a fondness for dogs too. They recently had a bonded pair of dogs from the Humane Society join their “K9 For A Day” program.

Options For Those Who Can’t Afford Vet Bills

The hard truth is that vet bills can be very expensive. Still, so many options exist between paying the unaffordable bills and horribly mistreating an already injured animal.

Here is a list of organizations dedicated to helping pet parents cover the costs of their animal’s medical care. GoFundMe and Kickstarter crowdfunding pages can also be helpful in raising money to cover medical expenses.

Additionally, you always have the option of contacting a nearby animal rescue for help. Before you go to a city shelter, check whether they have a kill or no-kill policy. You’re better off getting in touch with a non-profit no-kill rescue that will do everything they can to save your dog.

Whether her reasons for it were true or not, what this woman did was clearly wrong. Fortunately, she’ll face the consequences.